I did a few cosmetic fixes on my IIDX machine.

My old IIDX controller used 5 volt key LEDs, but the arcade machine supplies 12 volts. These wedge bulbs fit perfectly and look great. I wanted to match the LED color of my white keys to the pink of my turntable lamps, but the closest available are the UV bulbs. The 120° LEDs will fill the entire key surface instead of making a bright spot in the center. 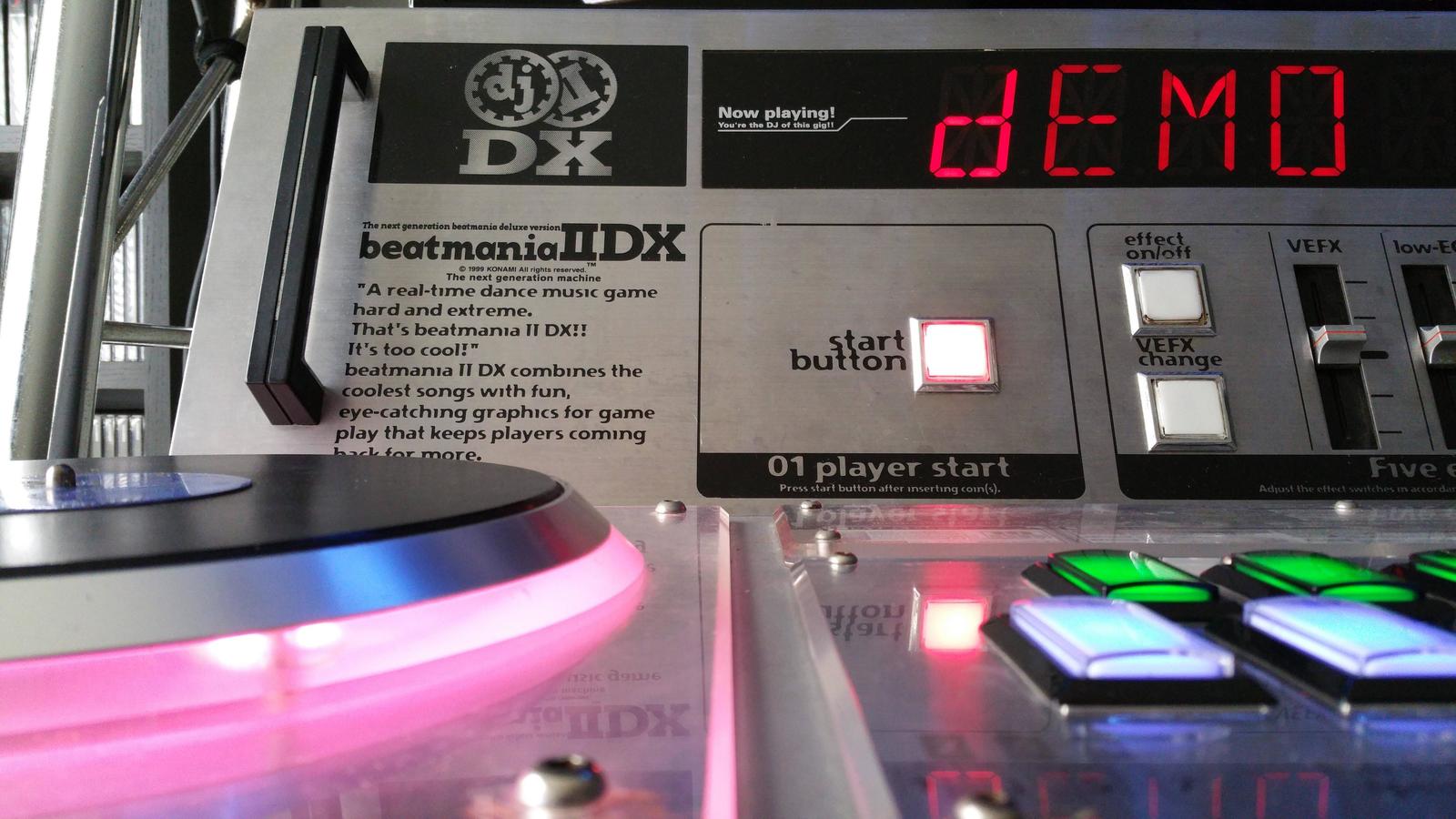 My cabinet spent fifteen years living near an ocean in a salty humid environment. There were some really bad rust spots on the chrome speaker supports and on the front arch, especially near weld points. It looked okay from a distance but up close it was pretty gross. 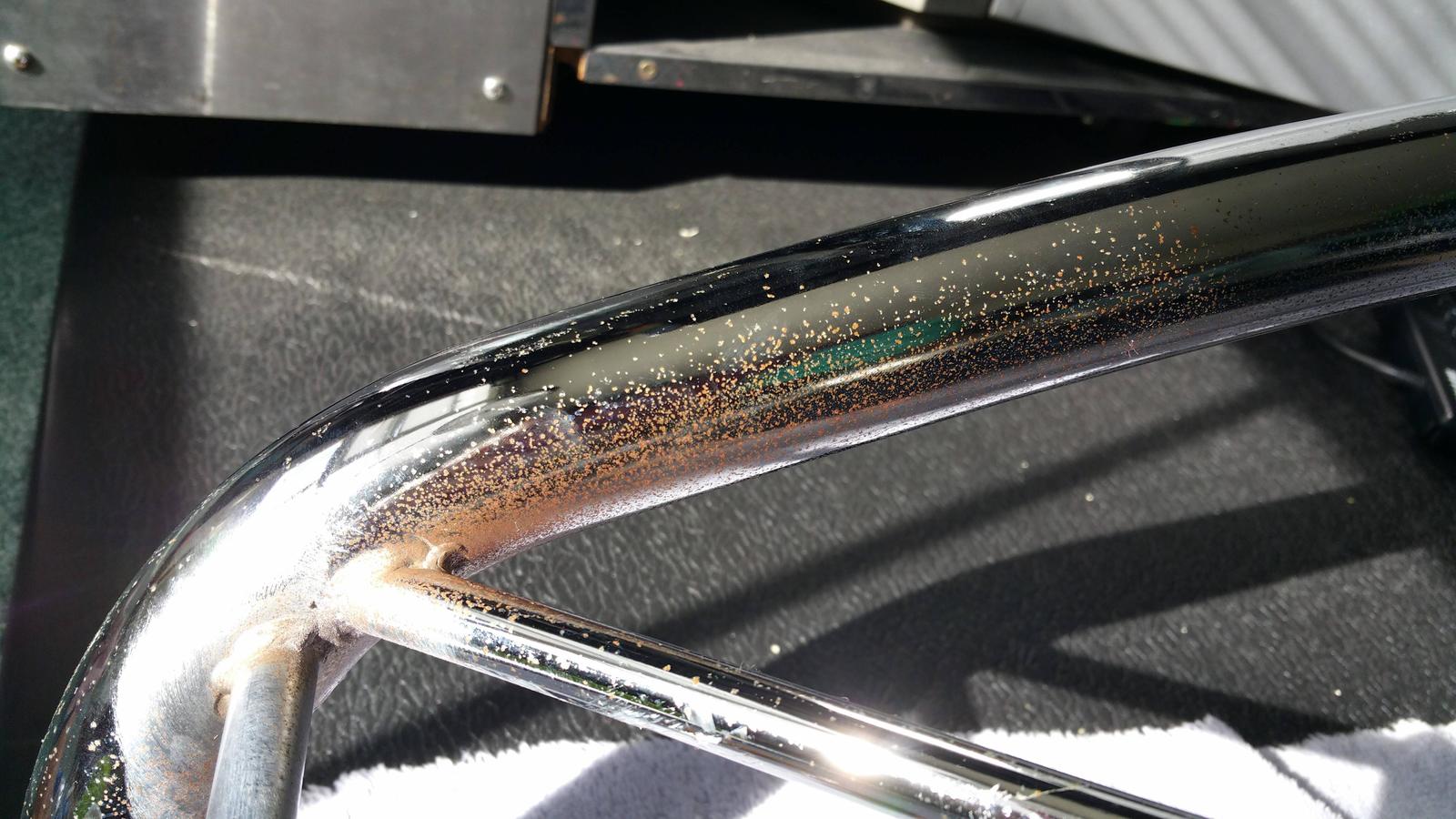 I was able to restore the chrome using Simichrome polish, brass wool, and a lot of elbow grease. It took me an entire afternoon to do the front arch, then a couple more days to recover from how sore it made me. 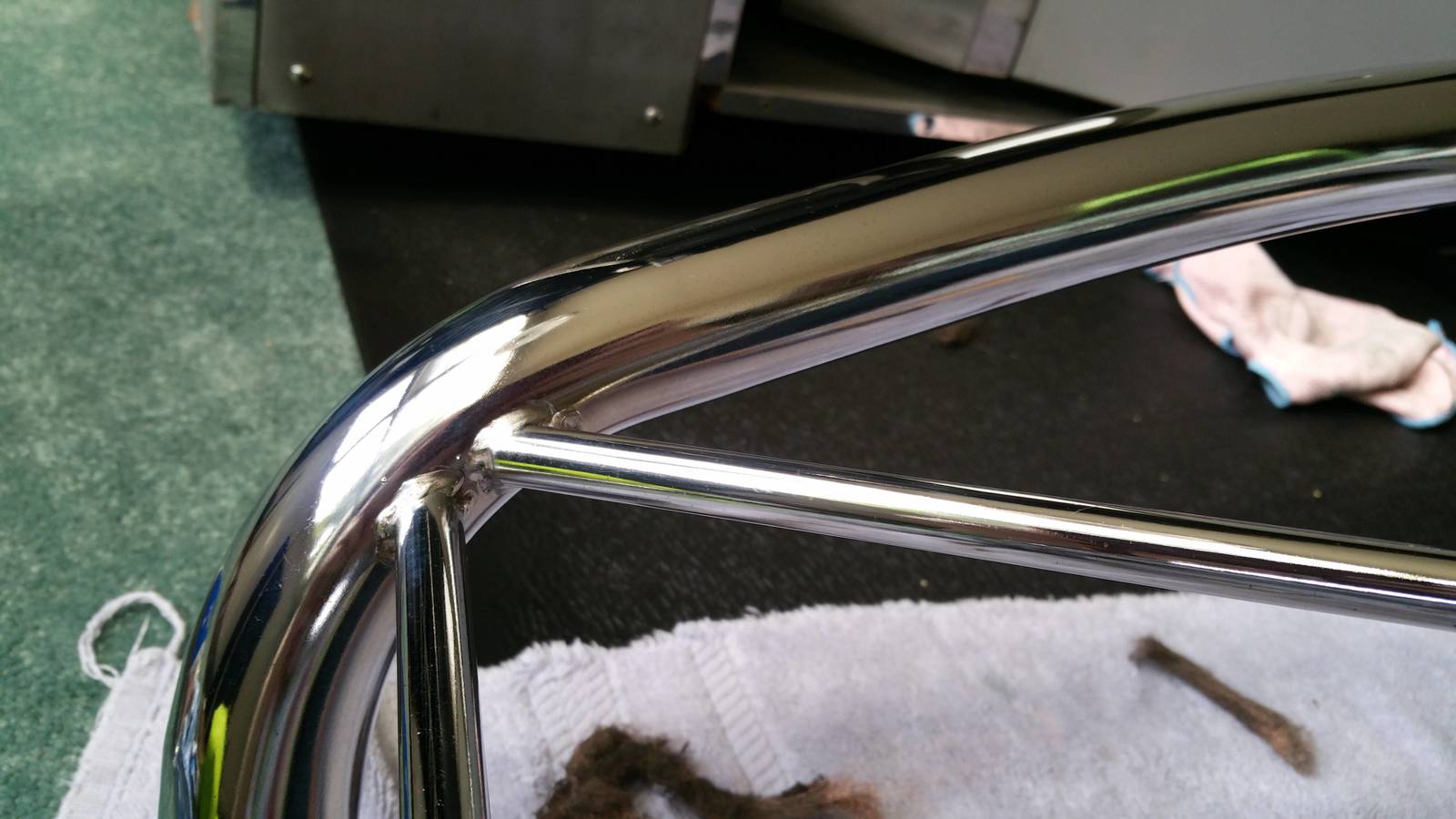 Once it was cleaned I was able to mount a camera to show the players’ hands when streaming. I have the second DVI output of the IIDX PC plugged into my XCAPTURE-1. My former IIDX PC — an Ivy Bridge i3 — combines the 720p capture and the handcam shot and broadcasts with OBS studio. 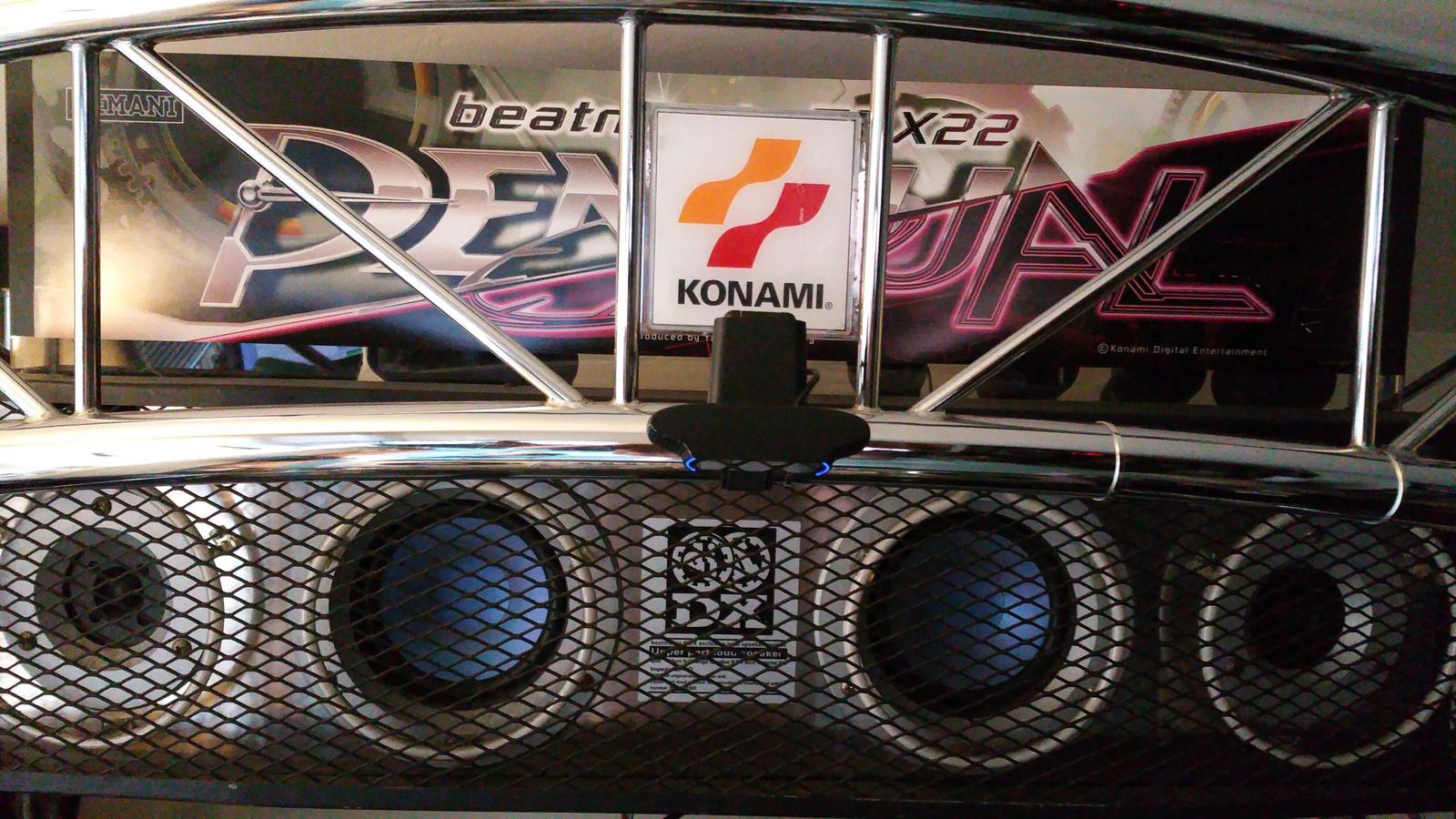 The Logitech C920 is the cheapest high quality camera I could find that supports the standard ¼” camera mount, making it easy to secure to the machine with a strap mount meant for a bicycle camera. I even got chome zip ties to hold the USB cable so it doesn’t stand out as much.

Once I order some parts I’ll be able to do another round of work. Until then it’s all back together ready to be played.