What’s the most important part of a DJ game? The turntables! The ones on my IIDX machine were poorly maintained and missing parts, so I decided to completely rebuild them. The issues included:

Many parts can be found elsewhere or fabricated yourself, but these issues weren’t easily fixable without ordering parts from Konami. So be it. I bought some parts. 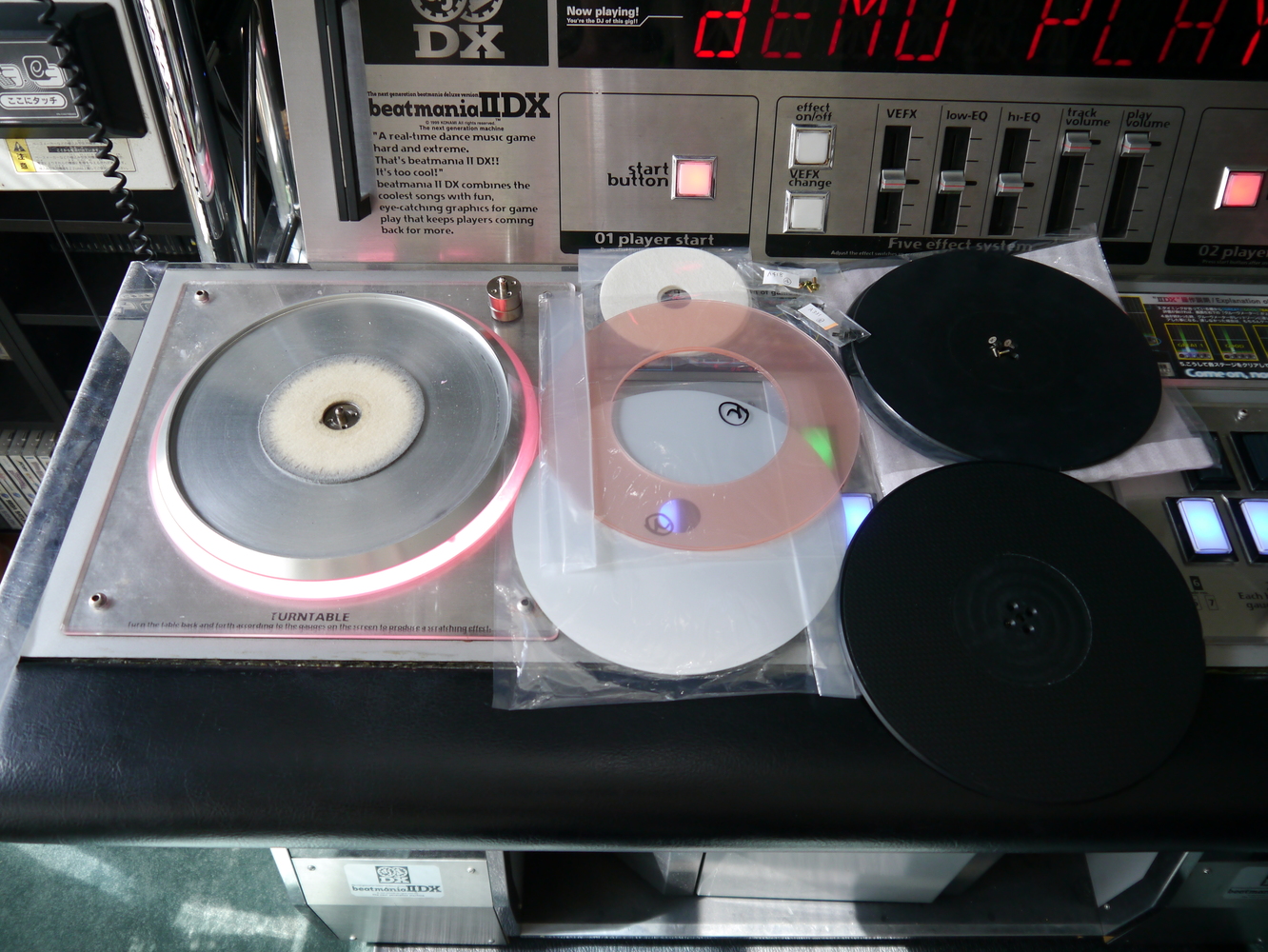 The turntable assembly is composed of many parts, but I didn’t need to replace all of them. My turntables were missing part ⑧, had very worn parts ⑥ and ⑨ , and had the original-style turntable discs replaced by the new part ⑩. I listed the prices for these items from my distributor as of June 2016.

Item ⑩, the turntable disk assembly, is composed of three separate parts. The grippy DISK,TOP adheres to the hard plastic SHEET,DISK TOP. The FILM,DISK adheres to the underside of SHEET,DISK TOP and is the sheet that slides against the felt and acrylic disks. I got a second set of FILM,DISKs because those were the most worn part on my original turntables. The full disk assembly comes with one adhered already but the spares will be useful in the future.

Screws ⓒ and ⓖ for attaching the top and bottom disks to SHAFT,TABLE were stripped badly on my machine by a previous owner, and my distributor threw new ones in on request at no additional cost. The ring ⓔ came along with each SHAFT,TABLE. 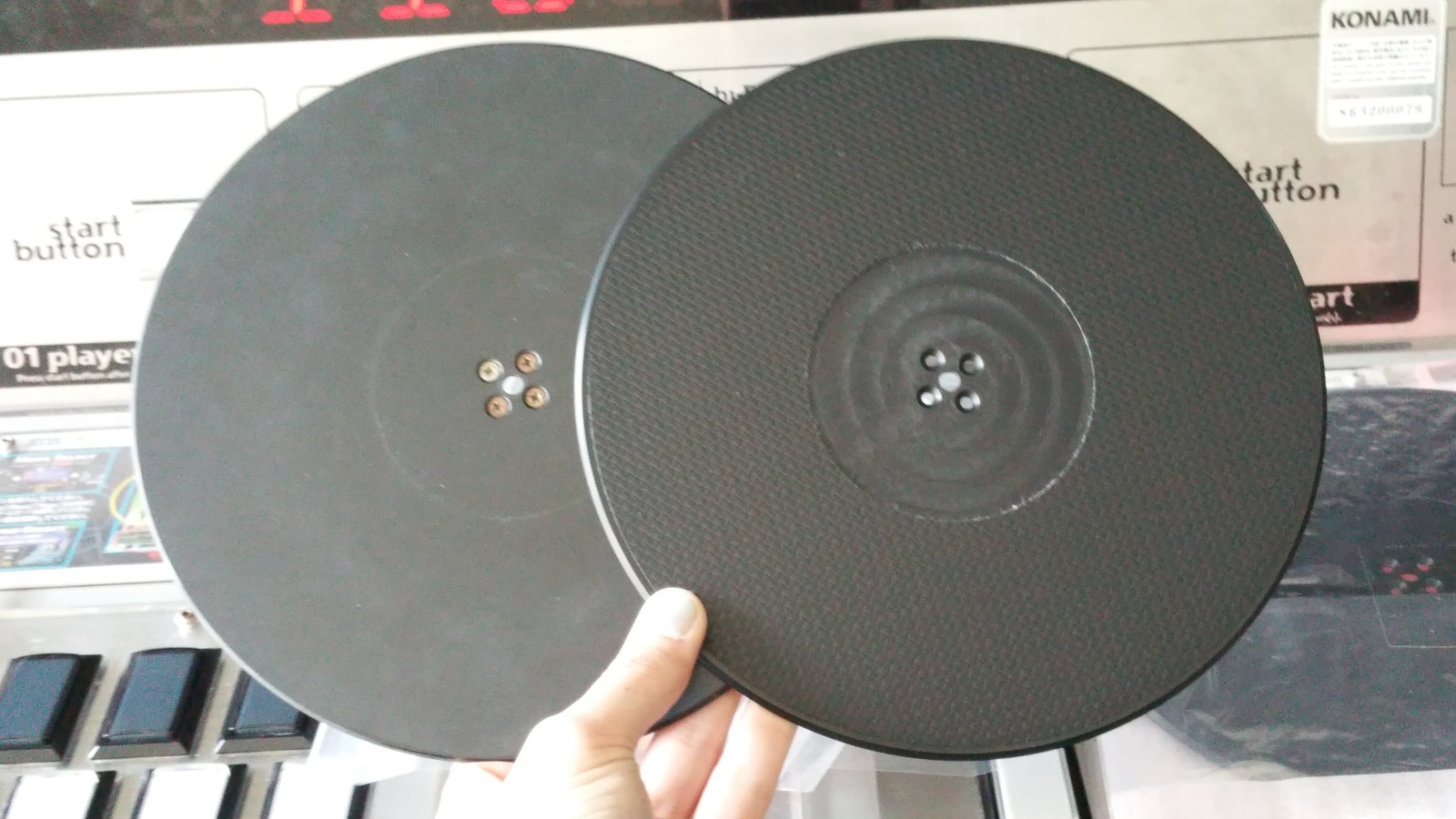 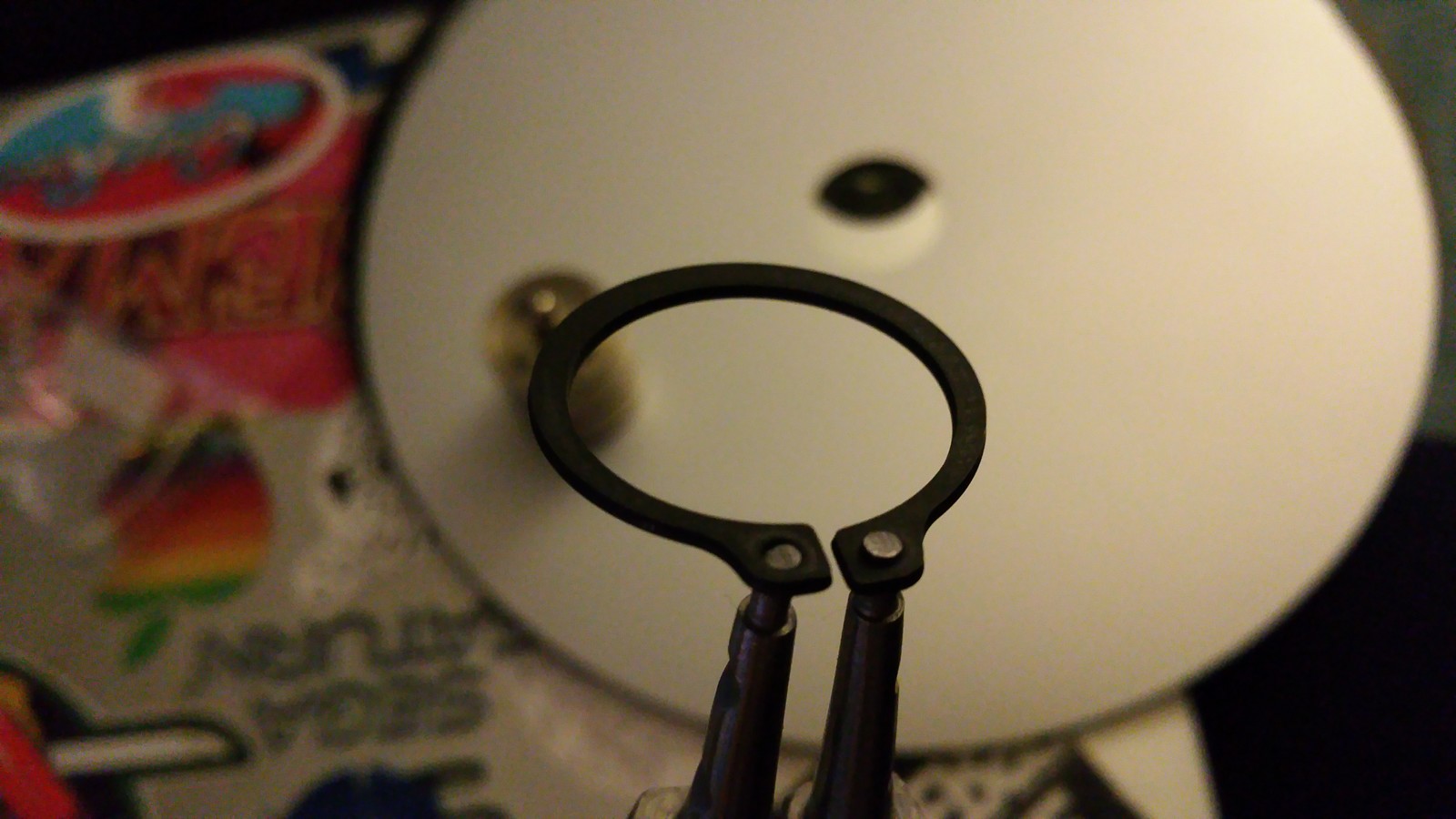 Good luck with these if you don't have ring opening pliers. 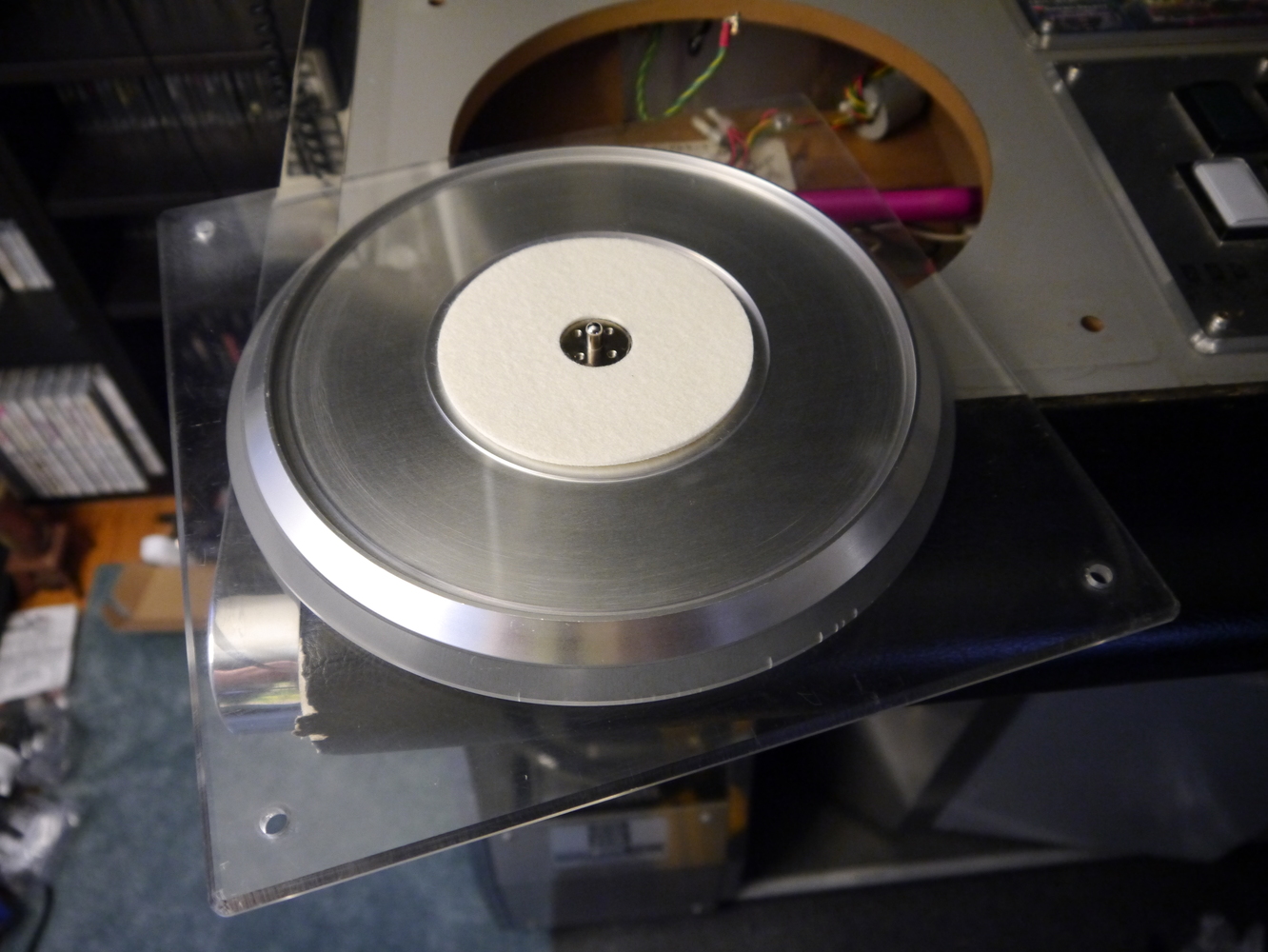 All done! I’ve never seen another machine with both the new-style grippy turntable surfaces and the old-style metal spindle decals. They are an attractive pair! I lubricated both new turntables with skateboard bearing oil and they spin so much more freely than the old ones. 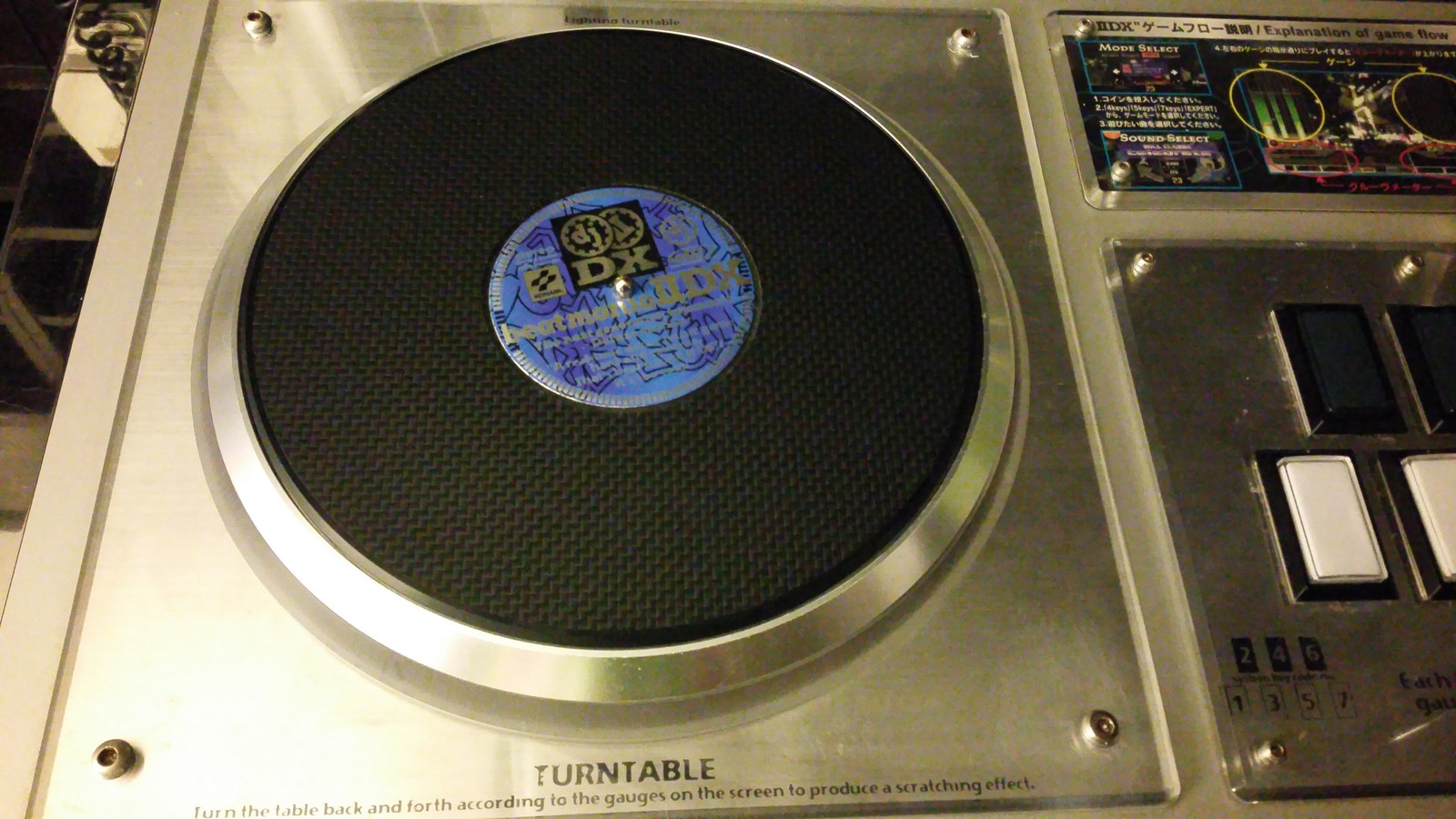 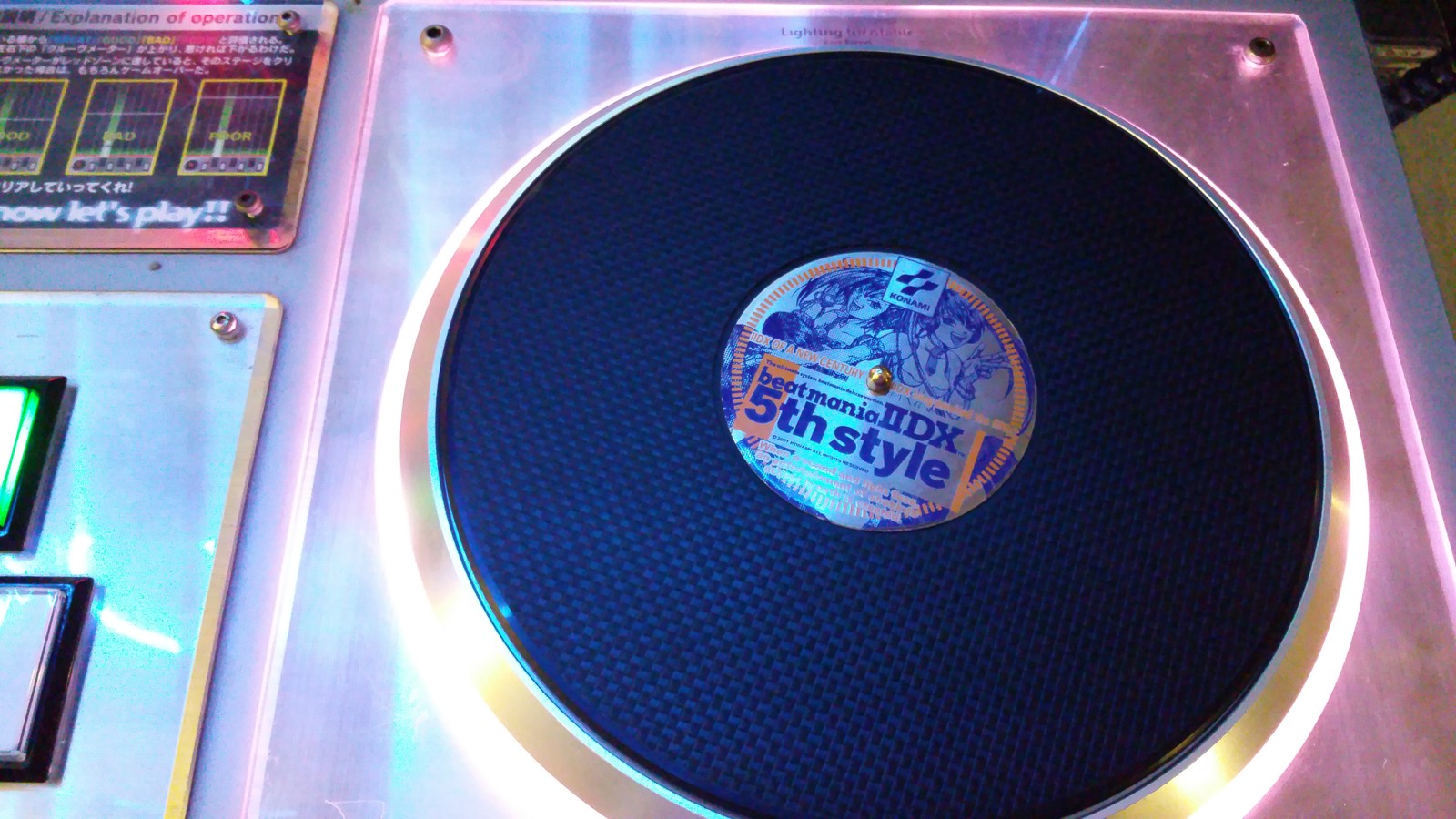