Arcade versions of beatmania IIDX run on Windows XP Embedded PCs since 9th Style, and that PC hardware has been refreshed a few times, most recently with the release of beatmania IIDX 20 Tricoro aka “LDJ”. Most machines that used to run on Programmed World use a custom PC build designed to closely replicate the LDJ configuration. At the time it was impossible to buy kits from Konami and none were available used from decommissioned machines since Tricoro was brand new.

My machine came with one of those builds:

It played well, but I got the chance to swap it for the official motherboard and couldn’t pass it up. The one I got my hands on is just a bare motherboard, not the full LDJ case and power supply from Konami, so I stuck it into a leftover case from an old router PC build:

The official motherboard also uses the E4690 GPU, but it is built on to the motherboard and provides three outputs instead of two as on the PCI-E version. Instead of a 20 or 24-pin ATX power connector the motherboard is powered only by the 4-pin CPU power connector. Its front panel connectors are nonstandard, so I can’t connect the power/reset buttons, the LEDs, or the front USB ports. To get it running I tinned the tips of a short piece of wire and used it to short pins 3 and 4 on the otherwise-unused ATX connector causing the computer to be on any time it’s receiving power. The IIDX cabinet has its own power switch inside the front door so this works perfectly. 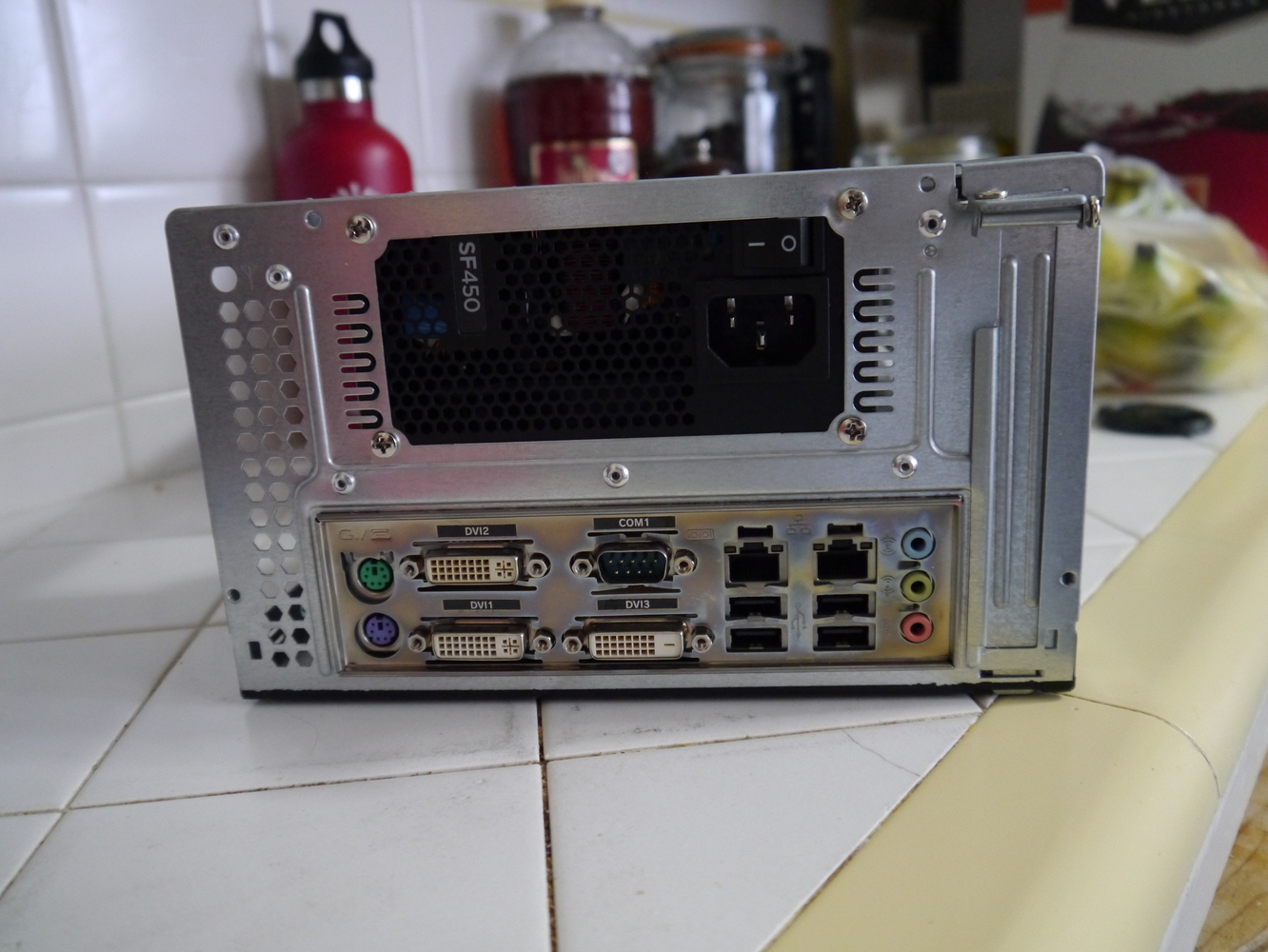 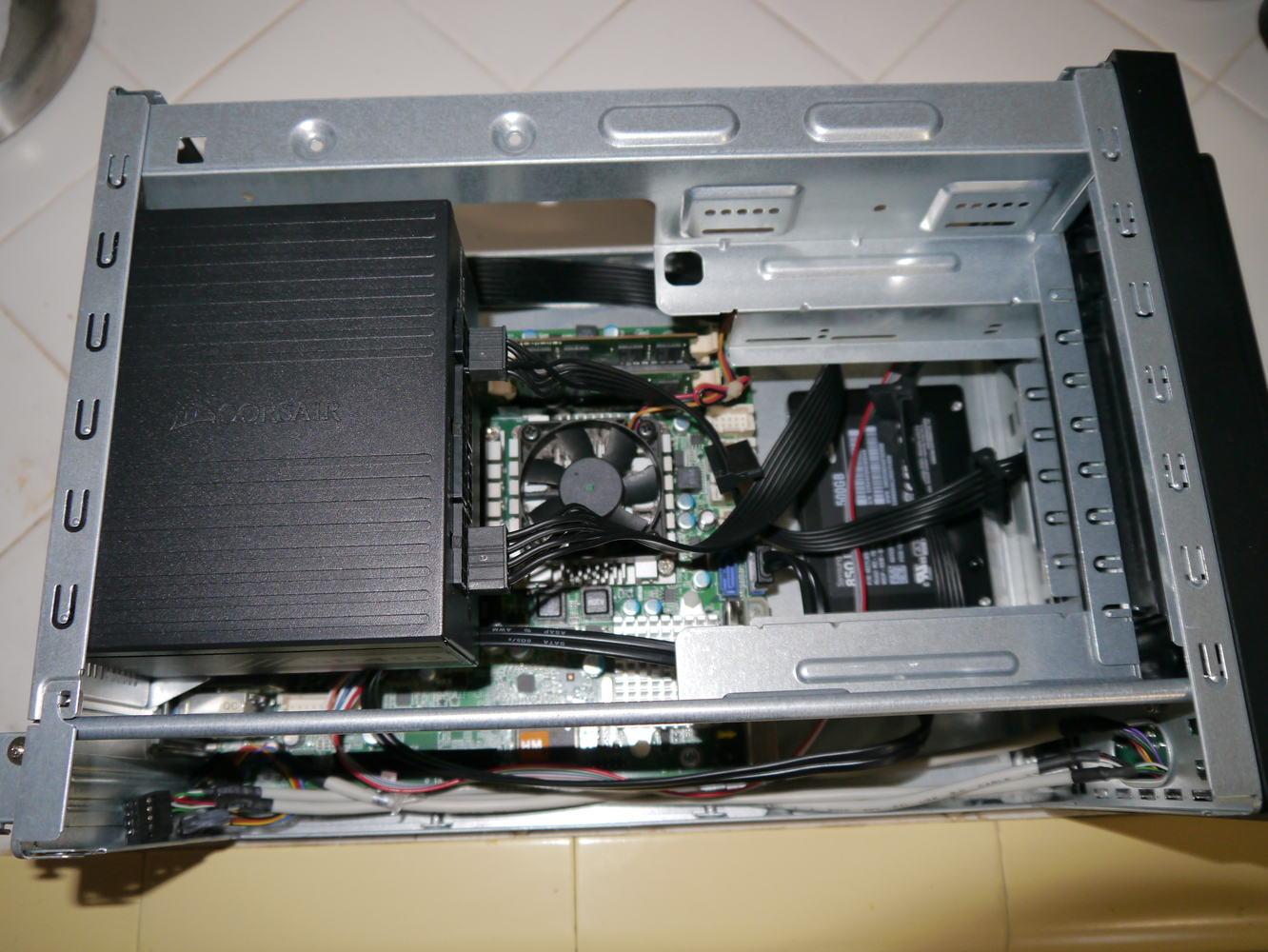 It’s probably just my imagination, but the game timing does feel slightly better on the official PC. For some reason the two detect my monitor slightly differently, the PWorld PC as 60.0005 FPS and the official PC as 59.9995, and equally stable.