My Wii now sports a CycloWiz v2 modchip to defeat the region lock. Only Sony seems to have the right idea regarding regions this generation, “don’t have any”.

The only iron available for this was a 40-watt monster that has no business being near such tiny electronics, but I did a decent job. This console is an American launch model with DMS chipet. 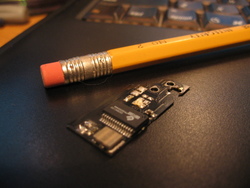 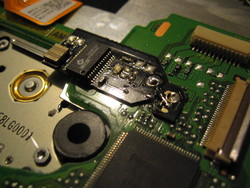 I laid some insulating tape on the metal drive cage opposite the chip to ensure it wouldn’t short out.