Do Not Matrix With Stereo Sound

The original Game Boy is very nostalgic to me because a blue Game Boy Pocket was the first game system I actually owned and didn’t just play at a friend or cousin’s house. My first games were Super Mario Land 2: Six Golden Coins, Wave Race, and TaleSpin, and all three are still fun. I took that thing everywhere, especially once the Pokémon craze started, and it has the scars on the case and screen to show it.

The Game Boy wasn’t in color or backlit like SEGA’s Game Gear, but I was getting ten hours of play on a pair of AAA batteries while my Game Gear owning friend was lucky to get four hours on 6 AAs. The nascent World Wide Web helped clue us American gamers in to the existence of a Japan-only backlit Game Boy Light that added a backlight to what was otherwise basically a Game Boy Pocket. Meanwhile I had to settle for a Nyko Worm Light that hung off the link cable port and pointed a single LED down at the screen.

GBAs and GBA SPs can play original Game Boy and Game Boy Color games, but the cartridges awkwardly stick out of either the top or the front. I still lusted after a Game Boy Light to play the original black&white until I got to hold one and realized how awkward they are. Unlike the GBC’s single sloping battery bulge the GBL has a separate bump for each AA battery with an annoying groove in between. I never picked up a GBL because of that, but I finally found something even better.

My new Game Boy is the clear “Play It Loud!” model with a few mods. It has a true backlight, a biversion mod to increase the contrast, and a new scratch-free screen lens. It’s the best looking Game Boy I’ve ever seen and made me forget all about wanting a Game Boy Light. 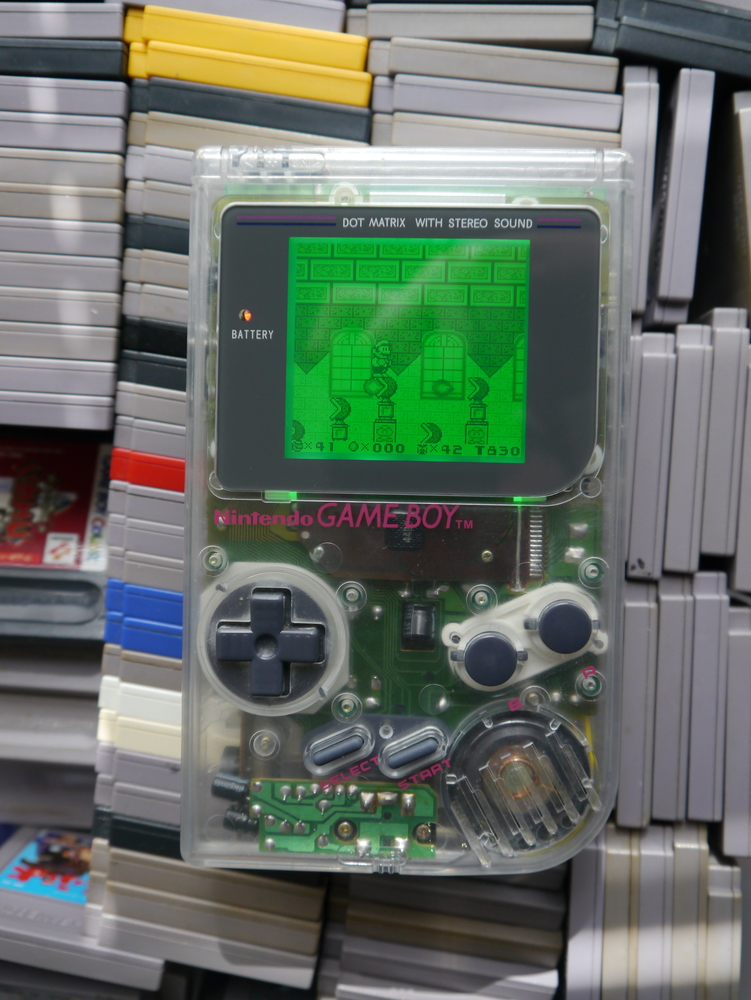