My housemate has a very nice Keytronic keyboard, but it has a problem.

Though I prefer my IBM 1391401, his Keytronic board has the nicest dome switches I’ve ever felt. It was $3 at a thrift store and appeared to be in fine shape, but several of the keys were unresponsive. Cracking it open, we saw a fracture on the controller PCB severing two traces to the keyswitch matrix. Following the traces to their terminal points, I was able to repair the connection between the controller and the ribbon cable. The ribbon cable contacts the PCB by compression, so the pins between and near the repair points had to be shimmed up with small solder blobs. Otherwise, a valley would form and would disconnect another line of the matrix. 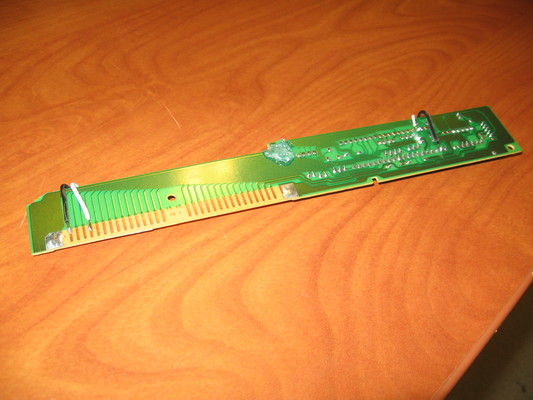 The fracture is under the blob of hot glue in the photo.