The Crazy Taxi re-release on Playstation Network and Xbox Live Arcade is pretty faithful to the arcade and Dreamcast versions, but it’s missing the original soundtrack! That may seem a petty complaint, but I’m not the only one who misses the atmosphere of Bad Religion and Offspring:

But one very important ingredient is missing that kills the nostalgia – which is really the only reason to spend any money on this outdated download. SEGA didn’t have any problems overcharging for this remake, but it didn’t want to spend any money to re-up the licensing agreement for the soundtrack. (IGN)

It was hard to play the Xbox Live Arcade version without hearing the Offspring’s familiar “Yeah yeah yeah yeah!” blasting out of the speakers. The Offspring, along with Bad Religion, provided the game’s soundtrack in the original release. These songs, along with the sound of that announcer, went a long way toward creating the game’s mood. In the new version, they have been replaced by completely forgettable pop-punk tracks, and it’s a downgrade. (Ars)

Luckily for us, we can swap the music back to something more interesting with only a few tools:

I wanted some songs from Crazy Taxi 1 and 2. Dreamcast owners may have trouble getting files off GD-ROM unless you have a Dreamcast serial cable or make an SD dump: 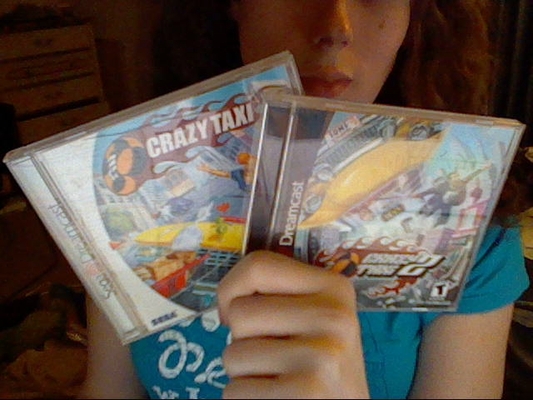 No matter how you obtain it, SONG01.AFS on the Crazy Taxi disc contains the tracks we’re after. Split it into individual music tracks with afs_extract:

The resulting files are:

Crazy Taxi 2 also has a SONG01.AFS, but it only contains the menu loop and driver select loop. The rest of the songs are individual ADX files on-disc:

Wav2adx and adxencd can create ADX files out of standard PCM wav audio. Wav2adx choked on the wav files created by flac -d, but adxencd works fine in WINE: 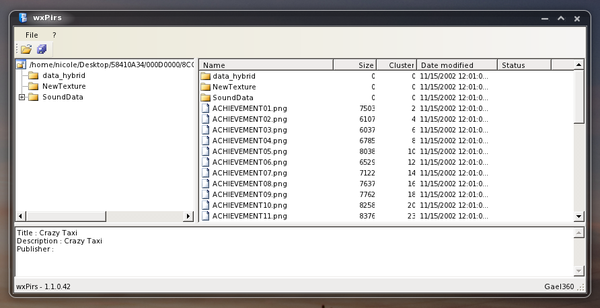 After that, it’s just a matter of copying the replacement files to SoundData/music_adx with the filename of an existing track.

name_loop.adx is played during the main menu and mode select, and The_Chase.adx in played during driver select in addition to in-game.

You can use Le Fluffie, the free alternative to XLAST from the XDK, to make a replacement LIVE package of your modified game. Or, you can just execute default.xex: