Have you ever wanted a Nintendo DS Player? They exist! …Kind of! We got our hands on Intelligent Systems’ Nitro Capture unit, meant for trade shows and the like. 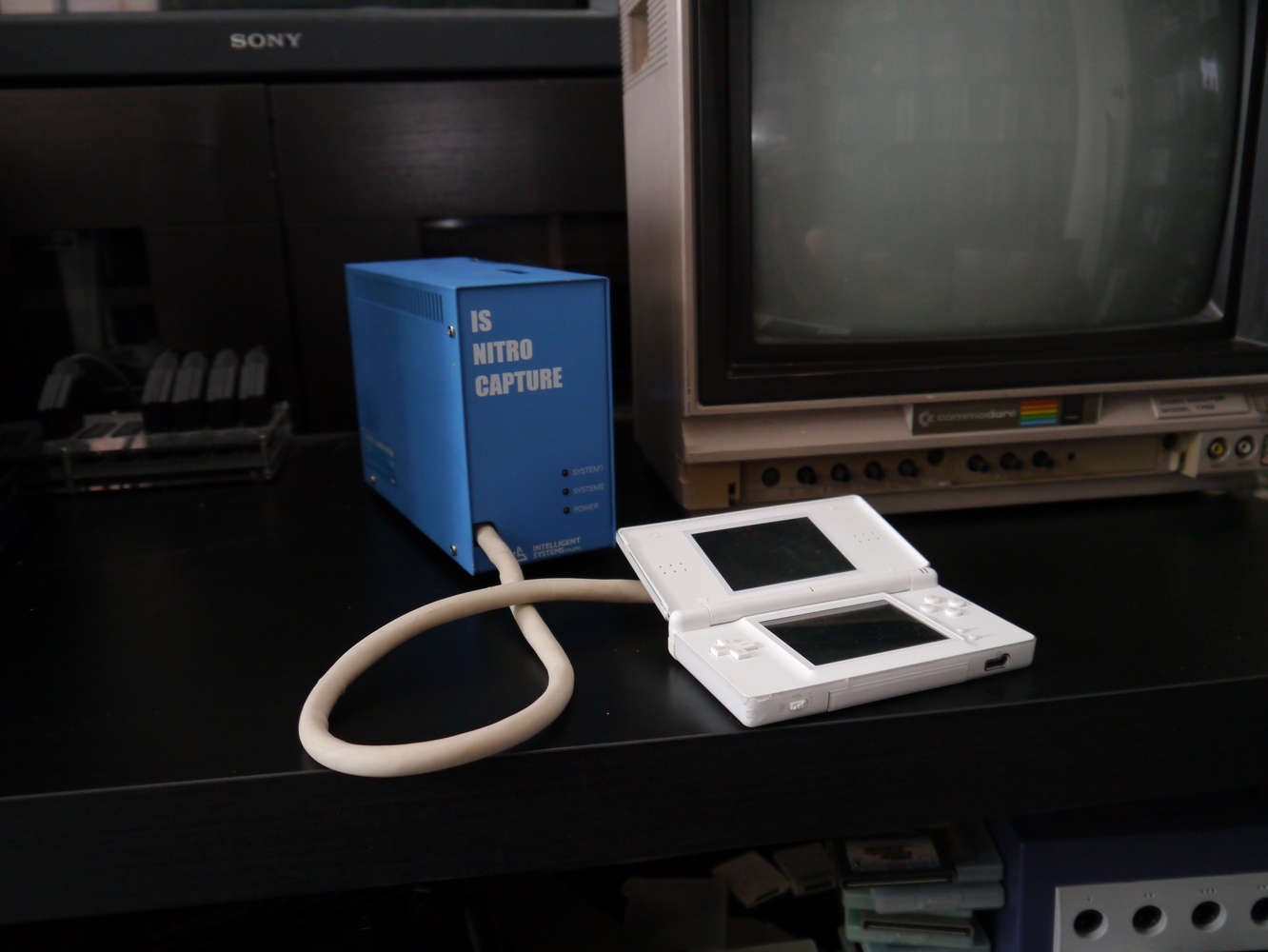 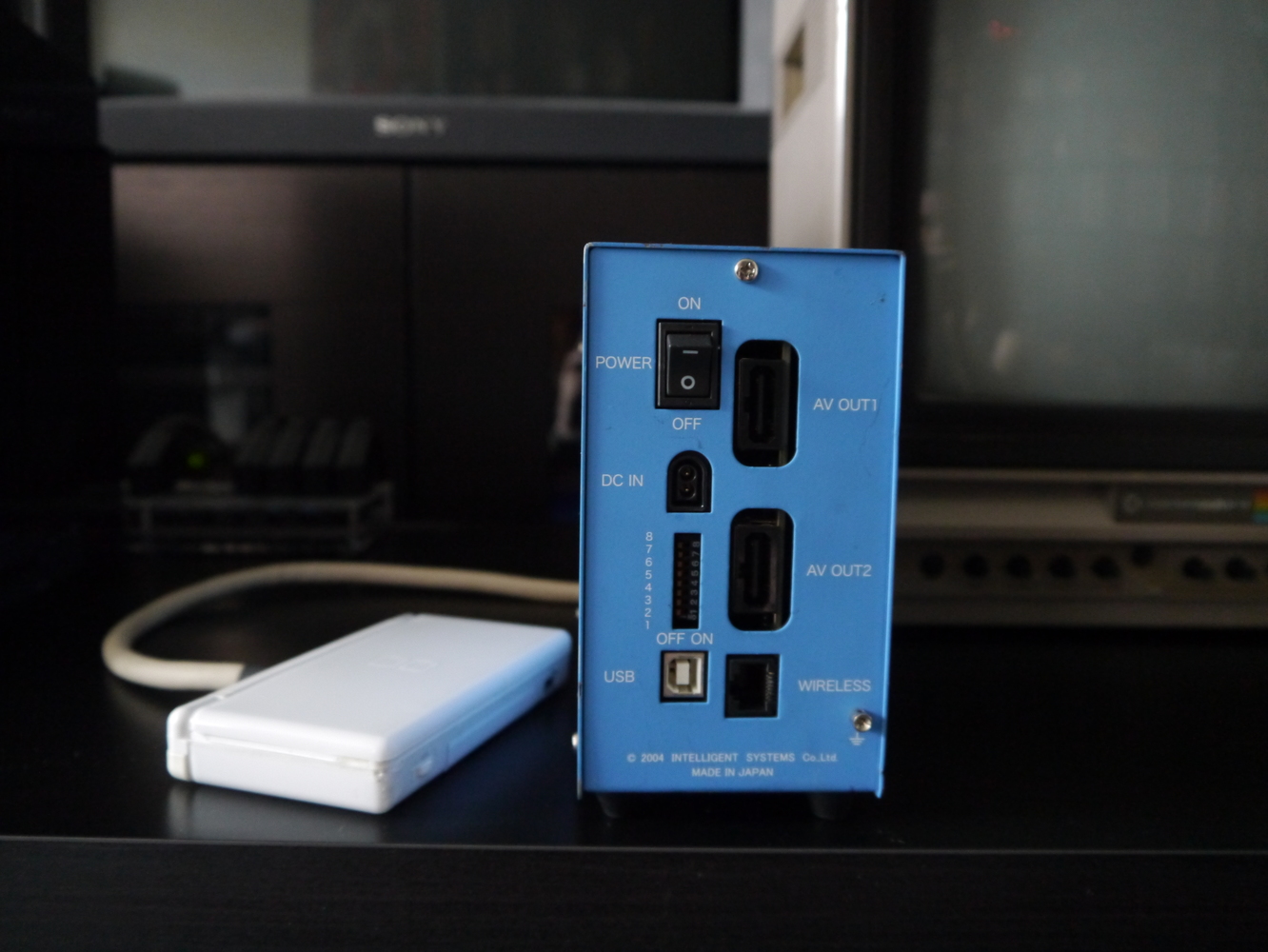 It’s powered by a GameCube PSU, can do ad-hoc communication over the Ethernet port or with an actual wireless expansion module I don’t have, has two Multi AV Out ports and a few DIP switches to configure them, and can take screen captures over USB for your magazine or web reviews. Like the real handheld it can play DS carts or GBA carts but not GC/GBC. No native RGB, like an N64 or NTSC GC, but composite and Y/C look totally fine. There are fat DS capture units but mine has a DS lite on a tether. 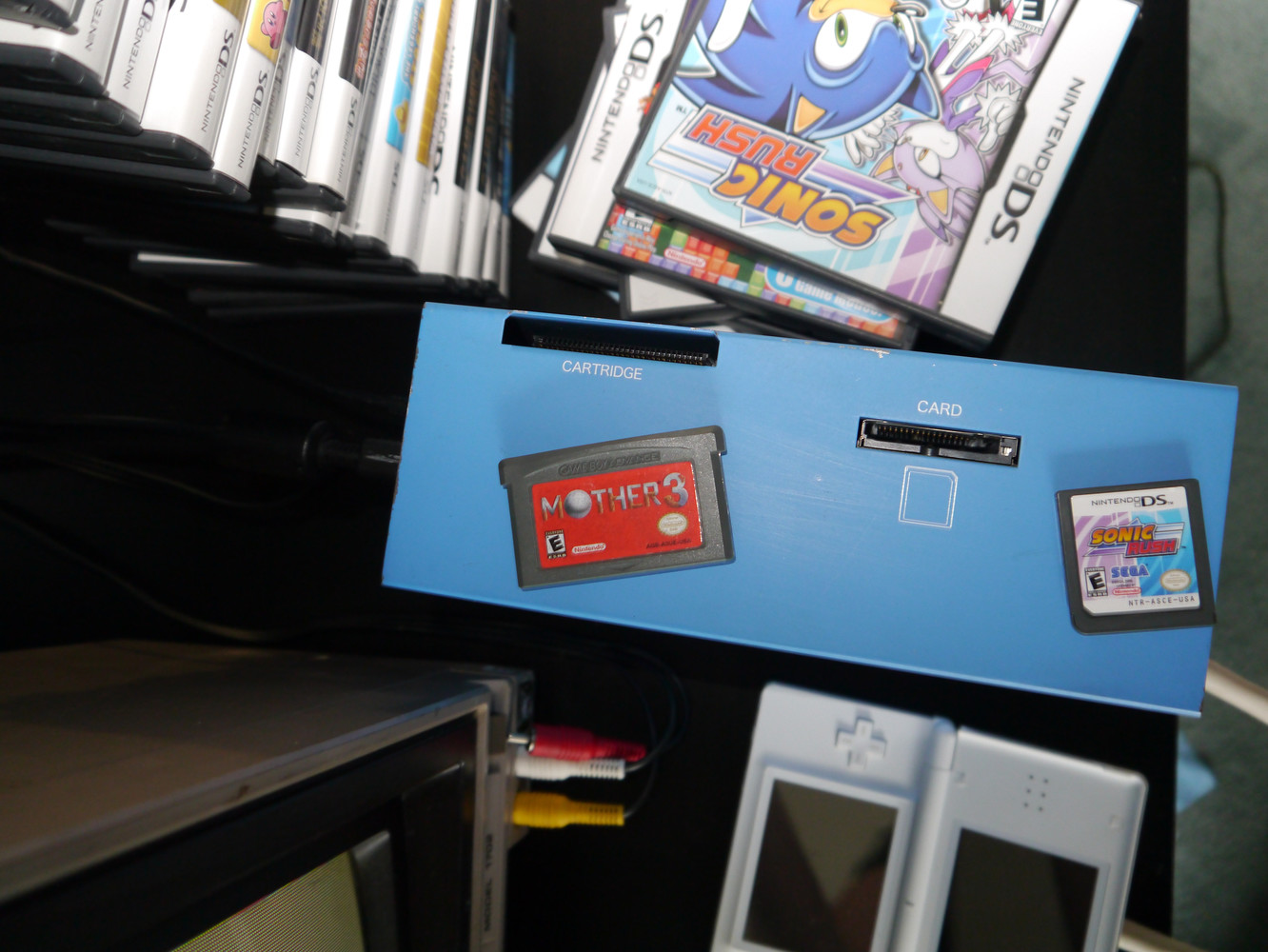 The AV ports are individually configurable to display either their respective screen or both screens at once: 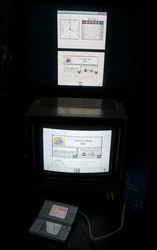 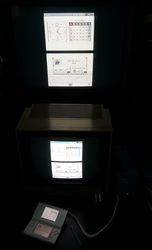 Or of course bust out two displays and do one each :v 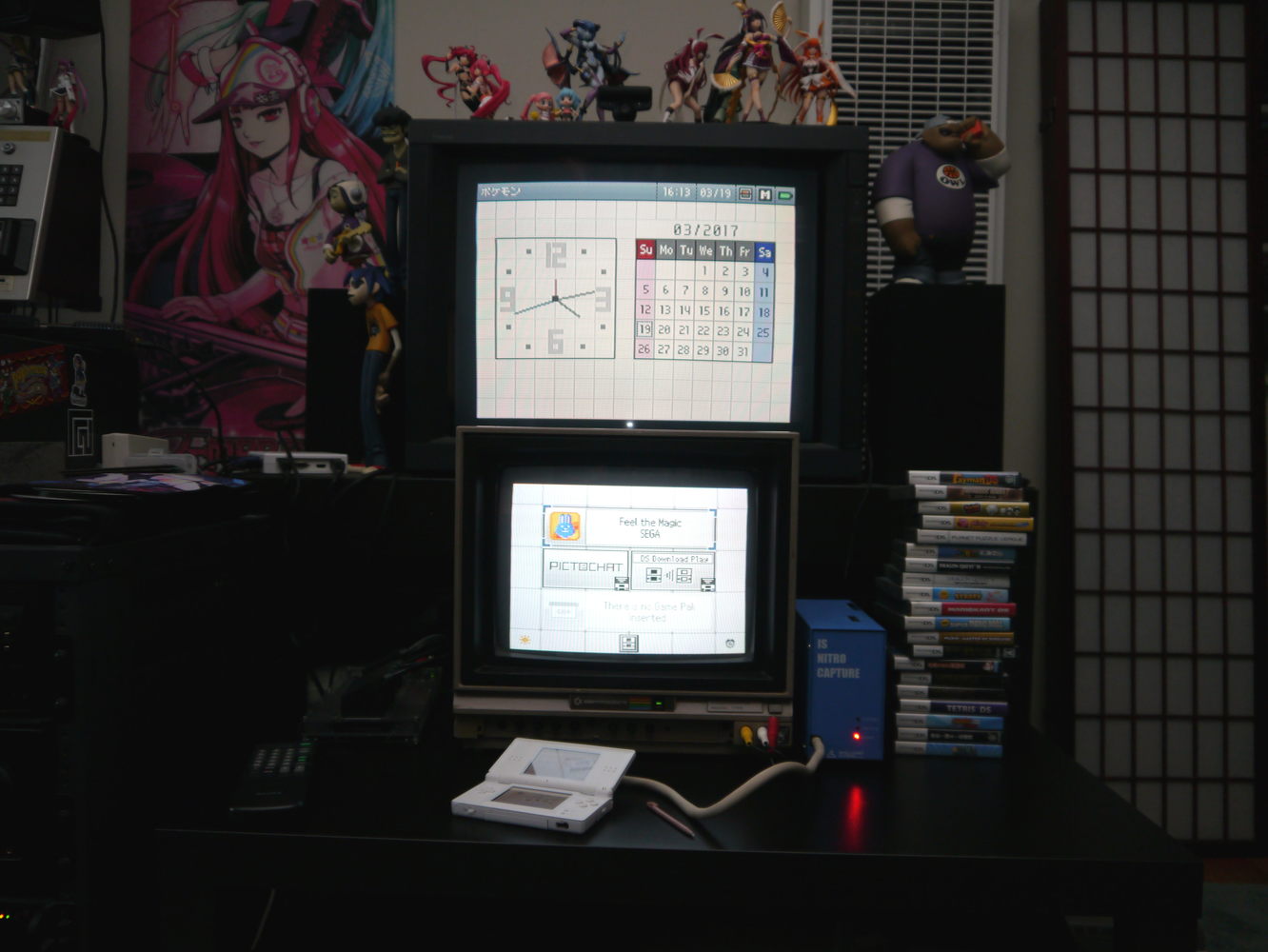 Games that depend on the touch screen are kind of pointless on here, but games that control using just buttons are really fun on the big screen. It’s a cool way to enjoy that 240p GBA action without fussing with Gamecube homebrew, play the Nitro Grand Prix on your Nitro, or tool around in DQ or PS0. 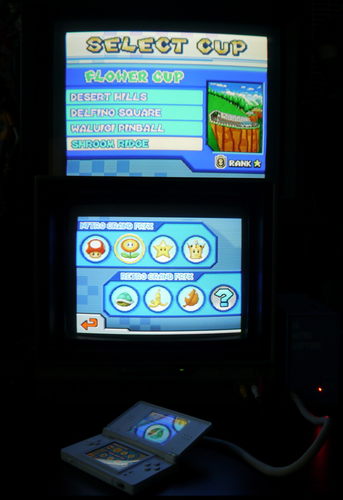 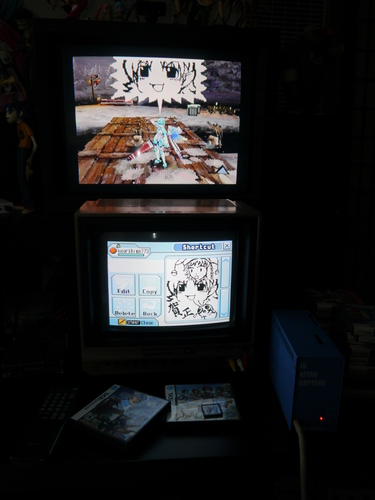 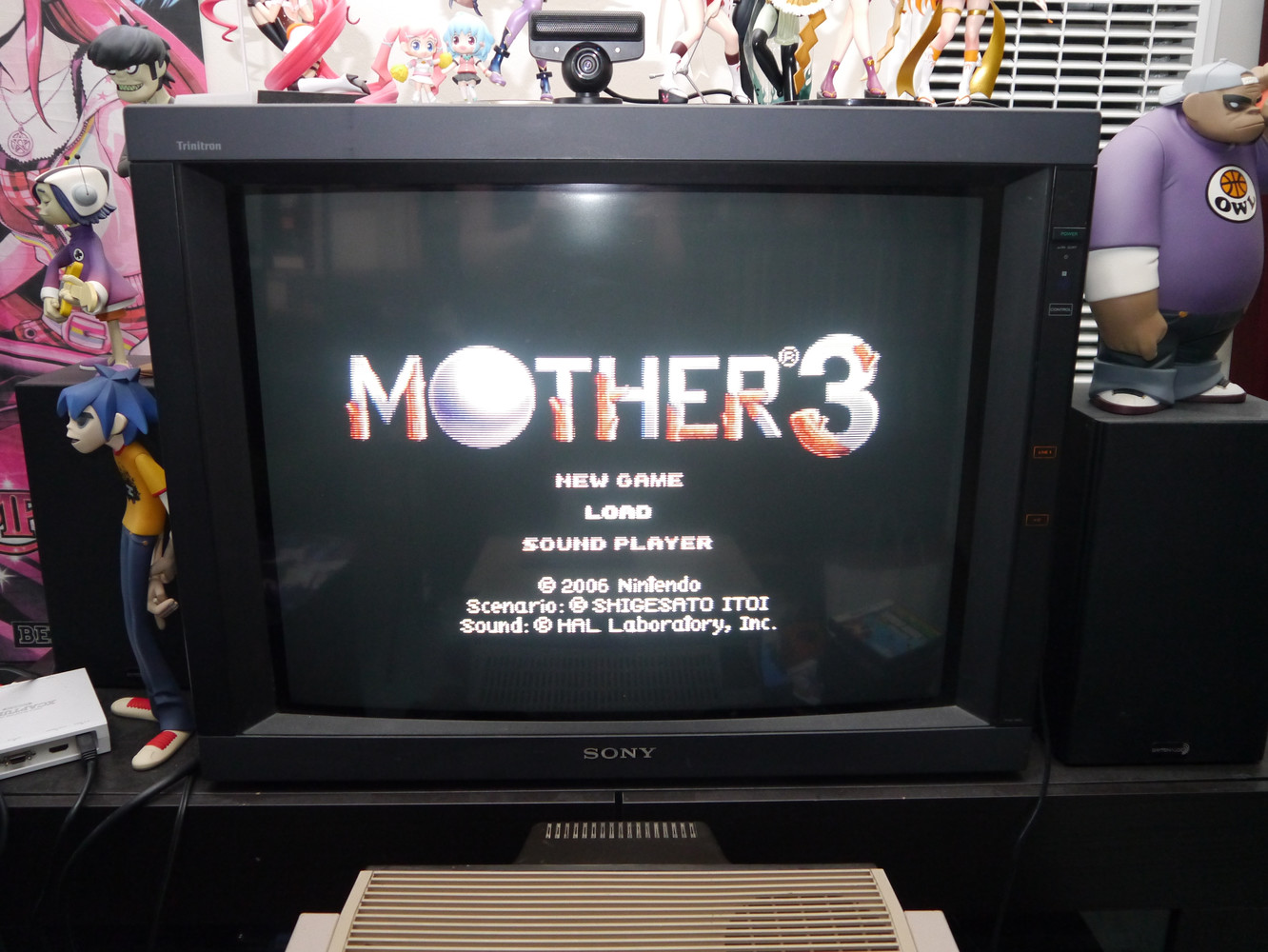 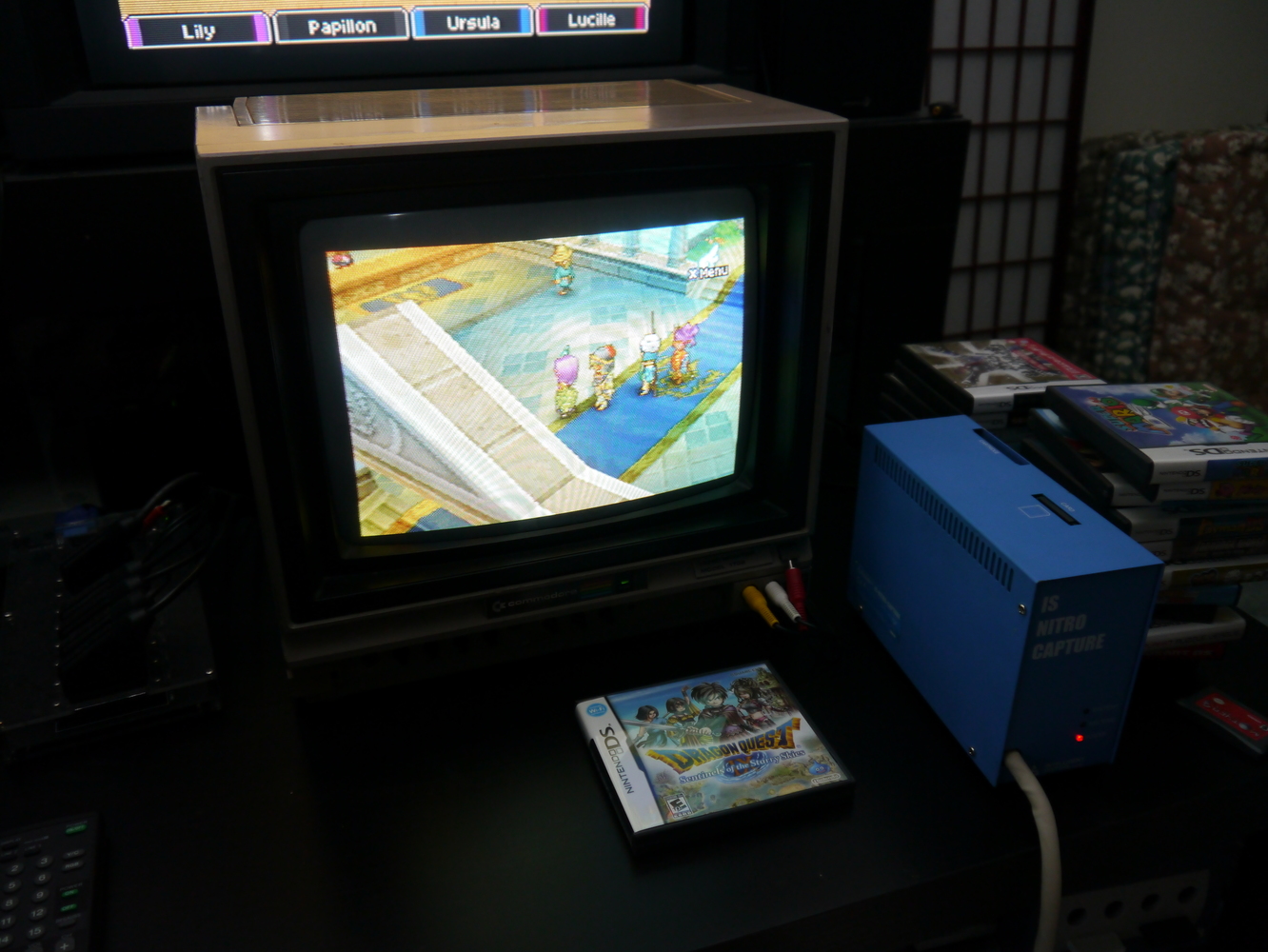