Get the whole world into the voltex

Your thundering sound become the flash light that pierces soul of crowd, get the whole world into the voltex… Next generation music game. and from the voltex void, a person who could bring rise to a new light was born, cries of thunder and leads a lot of people …

… at least that’s what the front of the machine says!

SDVX is the game that got me back into BEMANI after a long hiatus, but I’ve never been one hundred percent happy with my home setup. It plays well, but the screen is slightly too close to the player, the control surface is slightly too tall, and the knobs on my Turbocharger are Copal encoders, much looser than the real AC knobs. It’s a very early Turbocharger from late 2014 and that’s all they offered at the time.

I thought about getting a better controller but decided instead to save my fun budget for about a year and get something nicer. The timing worked out in a way that I can call it a present to myself to celebrate my promotion to senior level at work :)

Now a corner of my house is home to an actual SOUND VOLTEX arcade machine! Our IIDX machine got a sister with pink hair and big knobs. 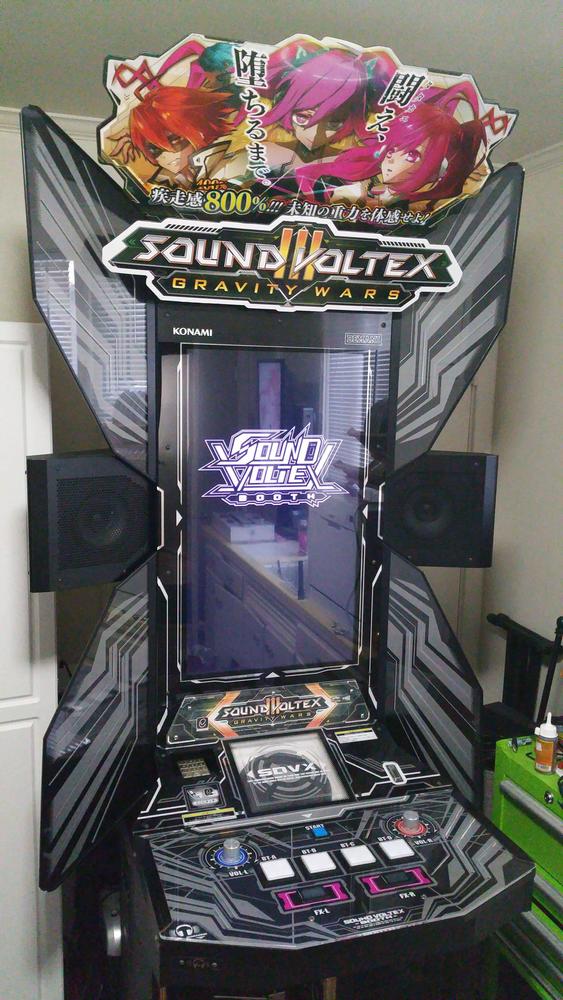 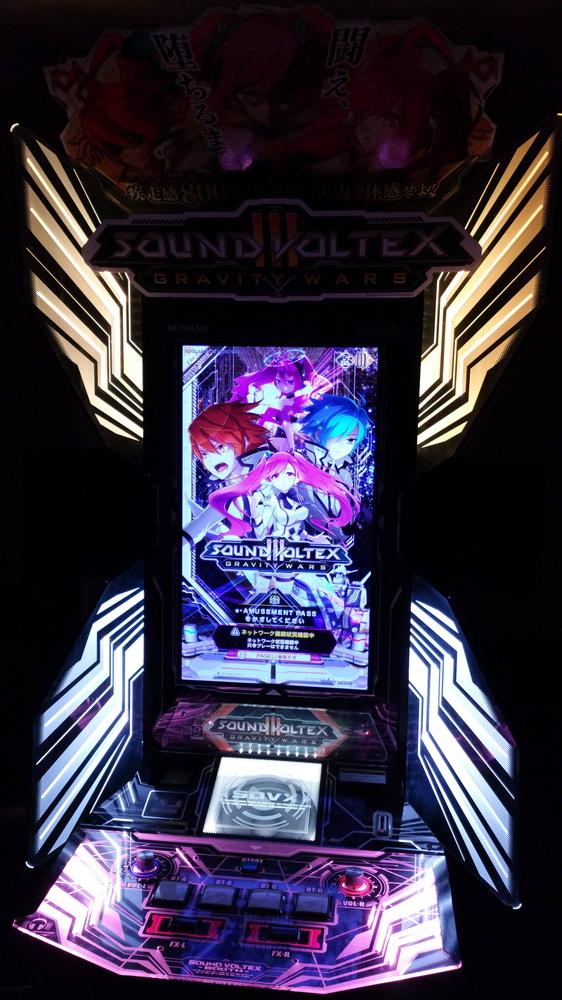 It’s beautiful! Now I need to get past the 15s wall (well, the 17s and 18s wall now as of SDVX IV) and get Skill Level 11. I finally got Lv. 10 in the arcade right at the end of Gravity Wars before the release of Heavenly Haven. My SDVX play kind of stagnated since IIDX became my main game, and having something better to play on will definitely make me want to play it more.