I recently switched from a pay-as-you-go 10¢/minute SIM to a data-only plan through T-Mobile. Thanks to Android 2.3’s native SIP support, I can get calls over data without paying for voice service. Here’s a quick how-to.

I recommend using GrooveIP instead of this guide. It’s more reliable and sounds a lot better.

Read on, though, if you’re still interested in a do-it-yourself solution.

T-Mobile doesn’t advertise it, but they offer a data-only no-contract “Even More Plus” plan for Android devices for much cheaper than bundle plans with voice, texting, and data. It’s unlimited data with a soft cap at 5GiB. Mine shows up on my bill as EMPlus Android & MSG VB if you want to ask for it by name. 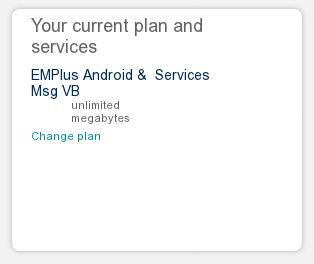 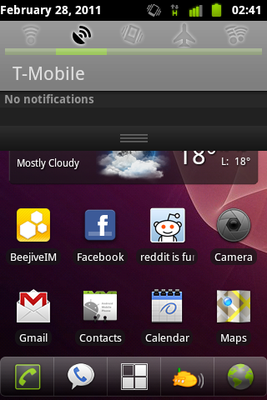 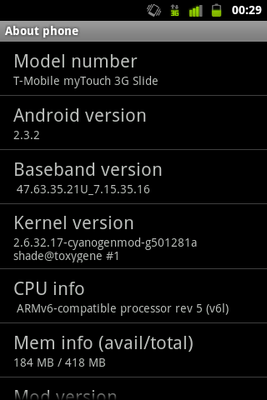 My phone runs Android 2.3 (Gingerbread) via CyanogenMod, and I use its native SIP calling in this guide.

The same thing can be accomplished with any other flavor of Gingerbread or with Sipdroid on an older OS.

Get a Google Voice account. Voice is used for texting over data, for coordinating SIP calls, and so there’s only one phone number to give out. Mine is area code 573, as seen in these examples.

Make a free sipgate one account at sipgate.com. It will give you another phone number, like mine from area code 650: 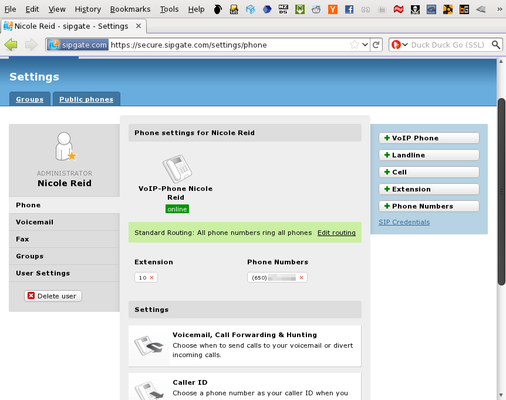 As well as some SIP credentials: 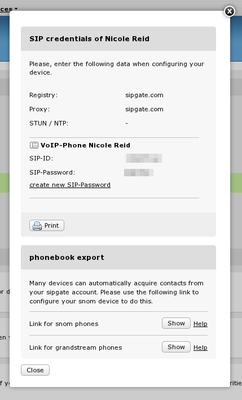 That can be entered into your phone under Call Settings > Internet Call settings > Accounts: 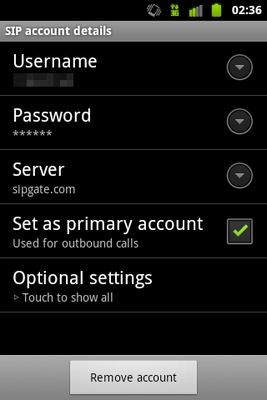 Set up your SIP number as a forwarding phone in Google Voice, and you should be able to receive a call and complete the number confirmation: 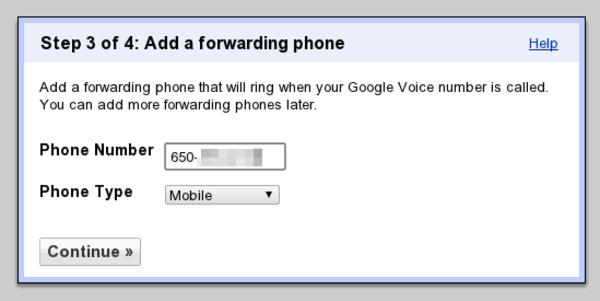 Incoming calls work, now. Let’s enable outbound. Get Google Voice Callback from the Market. Have it log in to your Google account and you should be able to select your SIP number for callback: 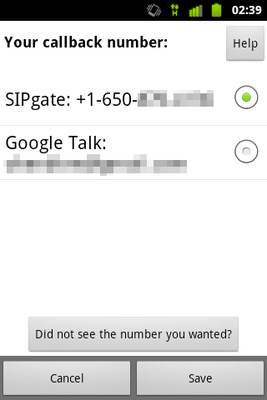 Now, make a test call. You should see this screen:

And then receive an incoming call from Sipgate: 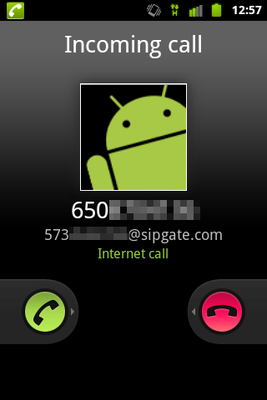 Unfortunately, the option to automatically answer the callback doesn’t seem to work in Gingerbread, but I can deal with it~

You’re done! Give out your Google Voice number and enjoy cheap SIP service.

A quick explanation of what we’ve set up:

Outgoing calls will show to the other party as a call from your Voice number: 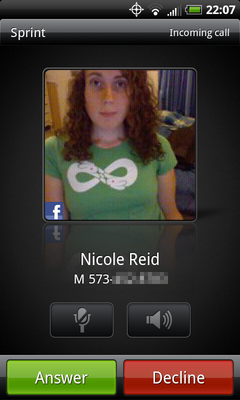