Breath of the Wild made me dust off my Wii U after three years of post-Mario-Kart-8 post-3D-World neglect. As much as I wanted to like it the Wii U really isn’t a good console, mostly due to the gamepad. It’s lumpy, heavy, has poor battery life (intentionally, as I later found), has limited range to the console, and has a mushy resistive touchscreen that developers always seem mandated to use. The Switch seems like it will be better in every way, but I’m not ready to buy one yet just for Zelda.

My Wii U was still on firmware 4.1.0U from the Mario Kart 8 disc update and had never been online before since its online features weren’t very compelling and since I didn’t want to lock myself out of potential exploits by updating. The userspace browser exploit for 4.1.0 came out just around the last time I touched the system, so I figured I’d shelve it for a while on on that version and wait for the scene to catch up. Firmware 5.4.0 came out the year after that and patched the WebKit exploit used for homebrew, so I picked up a cheap copy of Splatoon in a Texas pawn shop with firmware 5.3.2 on the disc. I never got around to setting up homebrew on 5.3.2 (or even trying Splatoon, whoops!), and now that I finally got around to it the very newest version 5.5.1 is exploitable. There’s even a user-friendly guide now at wiiu.guide. 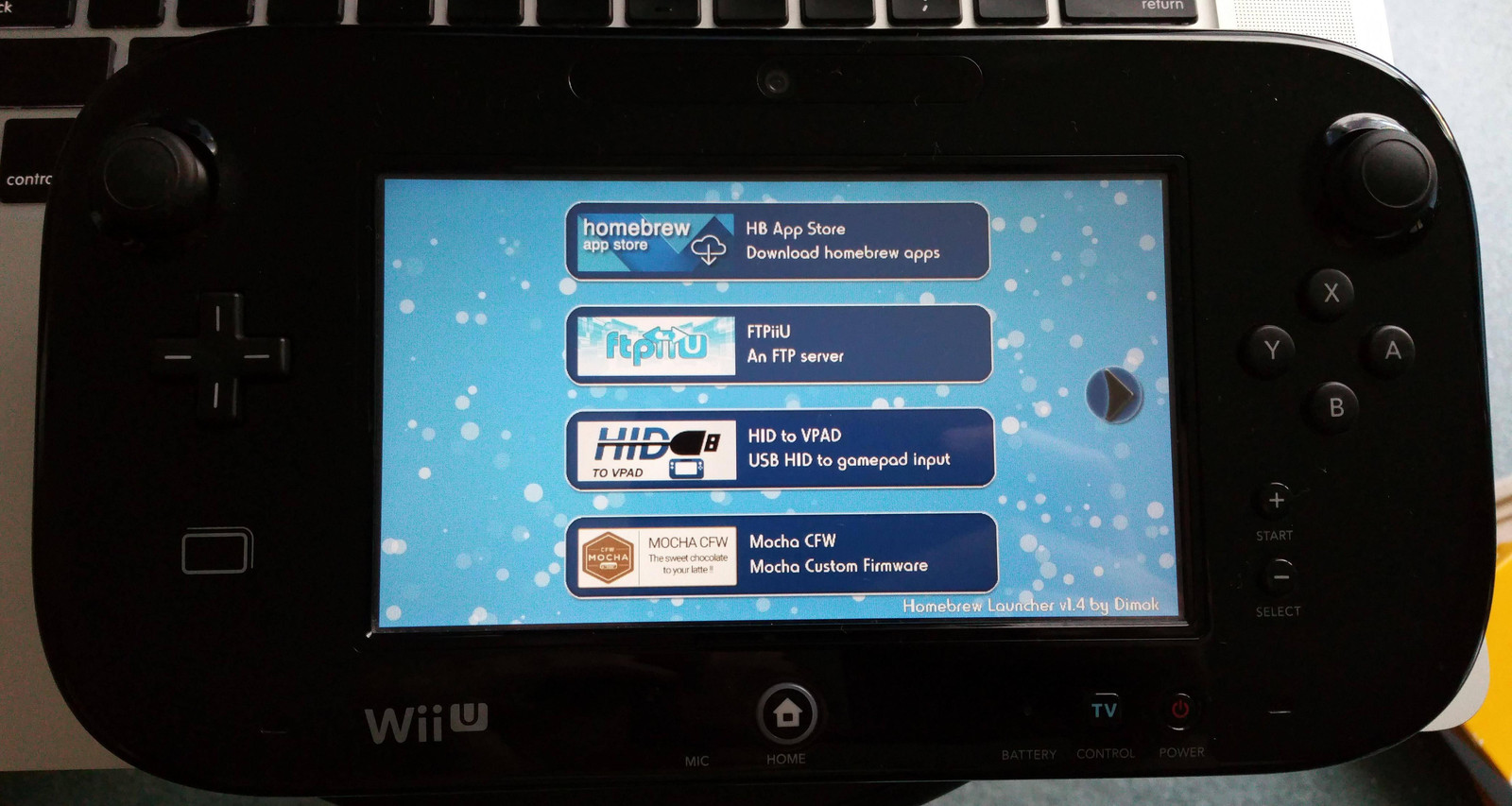 I used the browser exploit as my first entrypoint to Homebrew Launcher but ended up buying a digital copy of Brain Age for DS Virtual Console to use with Haxchi so I could have an offline homebrew entrypoint. 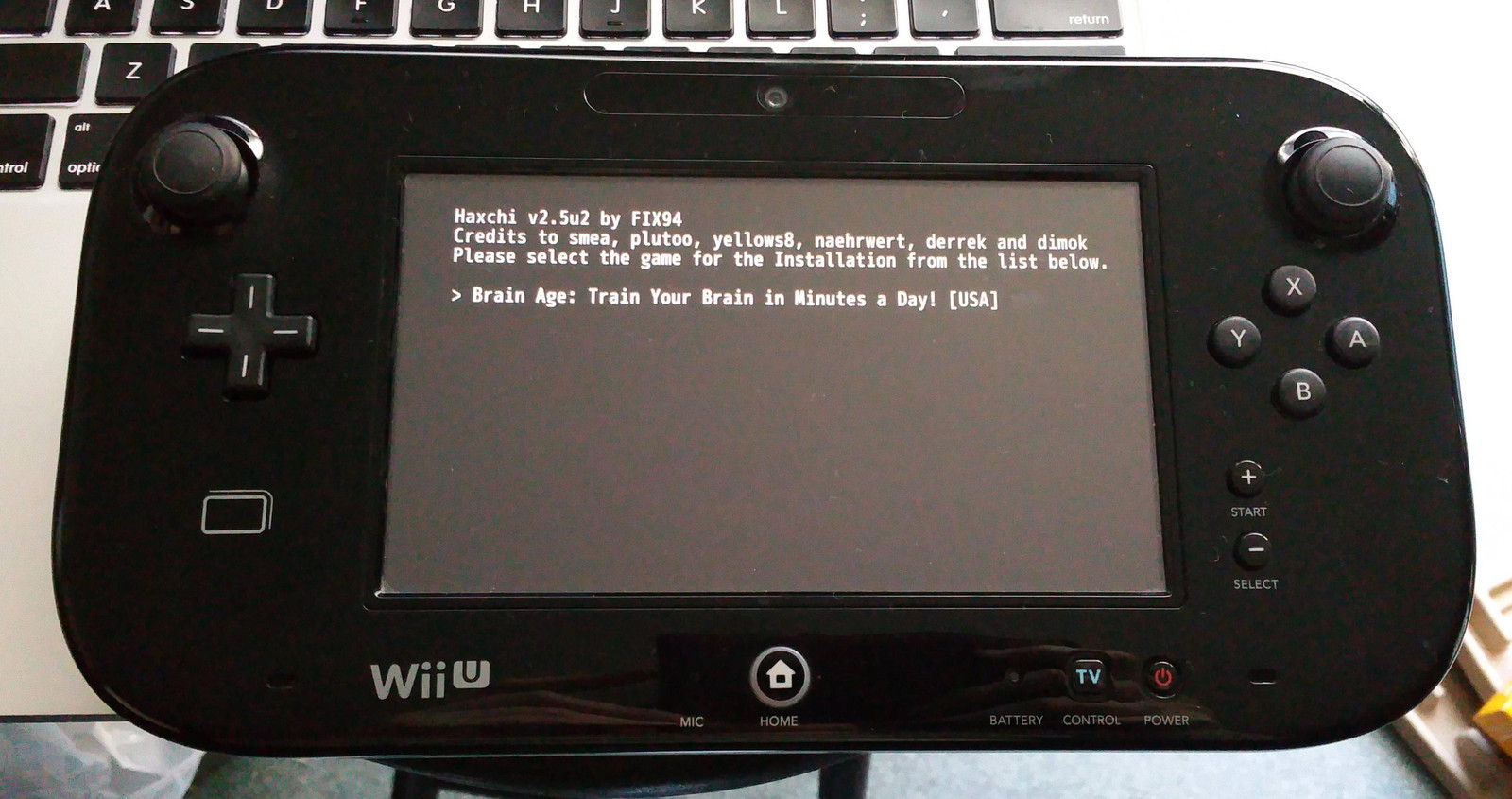 My Wii U is the 32GB model but I still ended up getting an external hard disk so I could set up Mocha CFW’s RedNAND and so I could rip my physical games with disc2app. I don’t really fear messing up my SysNAND but figure I may as well safeguard things. This isn’t like the original Wii where I could have a failsafe via Bootmii as my boot2. The Wii U’s USB ports don’t provide enough power to run even a tiny 2.5” drive so I had to use a two-port USB 3 cable to suck power from both rear ports at the same time. Once the System NAND was dumped to the HDD I ripped all my games, set up Coldboot Haxchi on the SysNAND to run Mocha CFW and boot directly into RedNAND with hacks applied, and was ready to go. 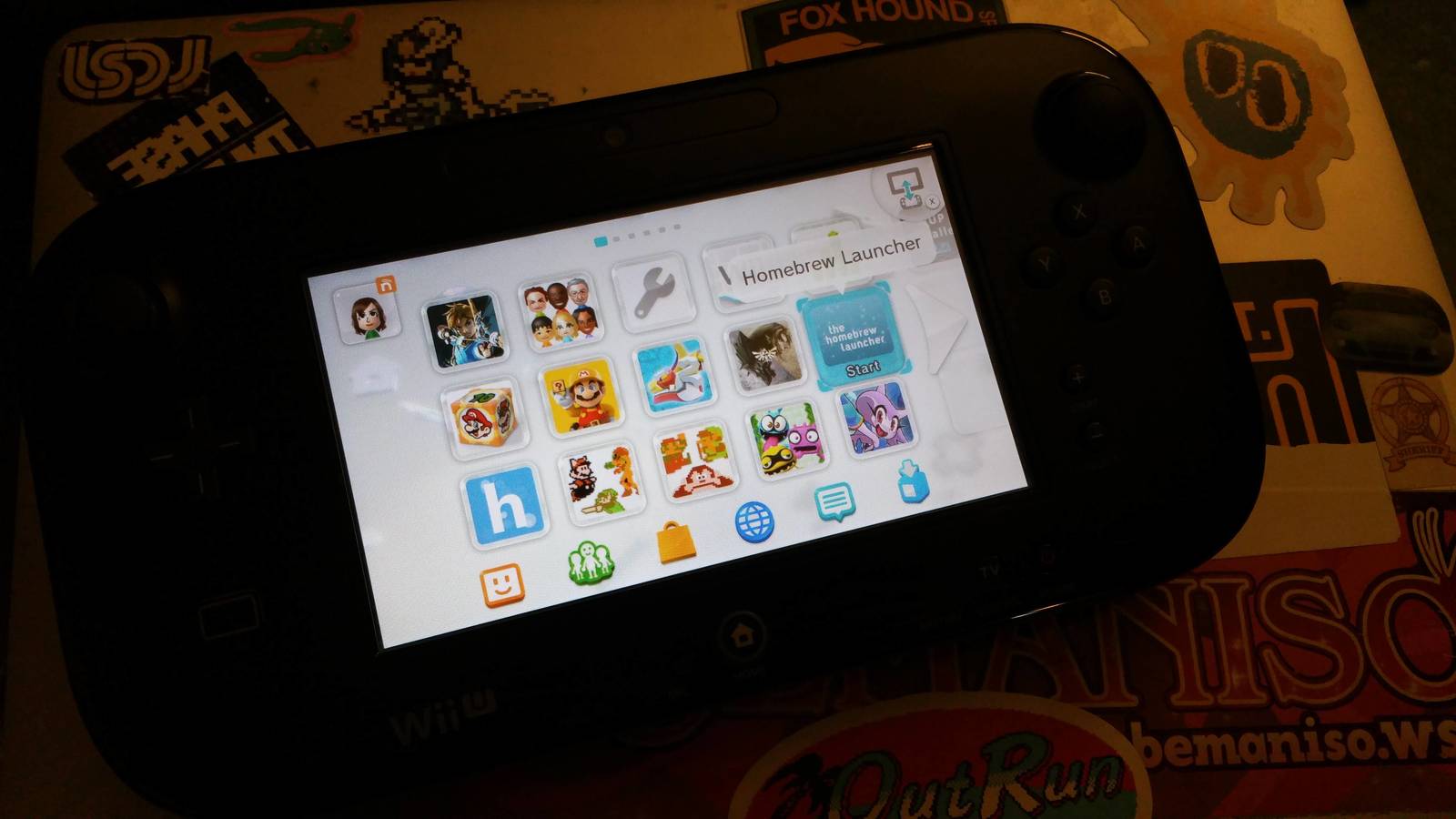 Well, almost. While I was looking at Nintendo’s spare parts page I discovered they make a high-capacity Wii U GamePad battery. The system is obviously designed for it since the stock battery only fills half the available space. It’s pretty hilarious how Nintendo handicapped their own system by intentionally cheaping out on the battery since so many reviews complained about the poor GamePad battery life. 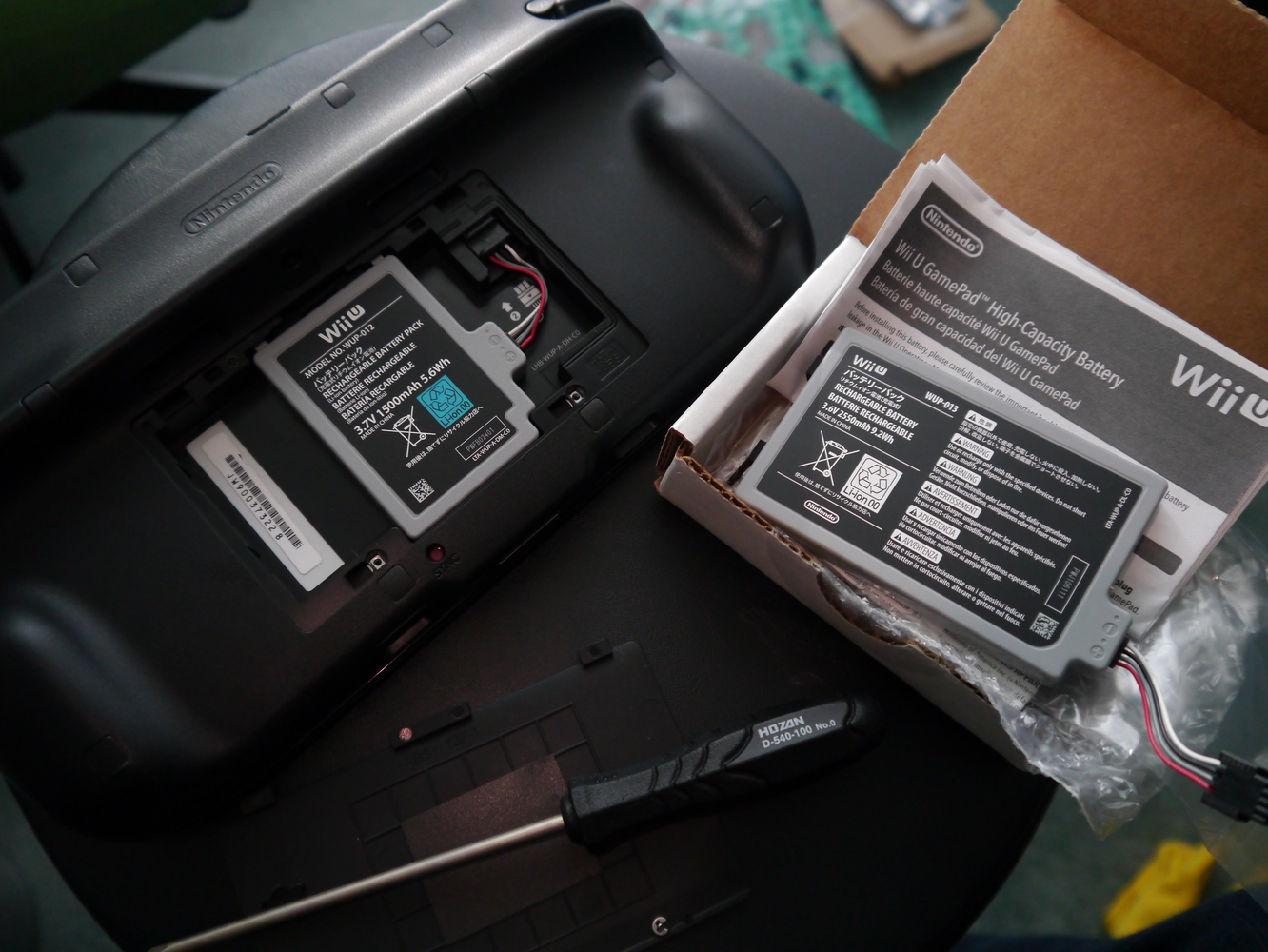 Congrats on playing yourselves, Nintendo

I picked one up along with a spare 3DS charger since the New 3DS doesn’t come with one for some crazy reason. Remember, the screws on the back are JIS, not Phillips! With that installed, it’s finished. I can still go online for now since 5.5.1 is and has been the newest firmware for a shockingly long amount of time considering it’s hacked wide open. Seems even Nintendo have given up on Wii U at this point. Hopefully Switch is a big success for them, and I look forward to getting one when they come out with the Switch Lite or the New Switch or the New Super Switch-i XL or whatever. Until then I have some Koroks to find!