Xbox Hacking and the Authentic Experience

16-Bit Classics aren’t the only consoles just crying out to be modified. Microsoft’s Xbox, for example, is famous for its hackability. Modifying the Xbox lets the user run homebrew programs and play out-of-region games.

My Xbox is an American 1.0 console with 4034 BIOS given to me with a dying hard drive by a friend in 2006. After salvaging the hard drive key and all the files, I built a new hard drive with XboxHDM and softmodded with Ndure. Xbox Media Center was my go-to dashboard, and the console was mostly in use as a grey-market DVR until shelved in favour of an Xbox 360.

There hasn’t been a backwards compatibility update for Xbox 360 since 2007, and many games that are supported suffer under the emulation. I pulled the old Xbox out again itching to play some games that just don’t work properly on Xbox 360 and ended up giving it some more love than expected. 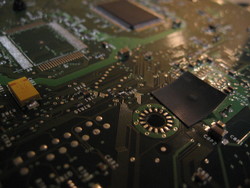 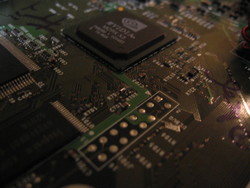 Now, with the death of Xbox Live, I wanted to switch from my Live-safe softmod to a BIOS mod. There’s no need to buy a modchip, though, because my 1.0 board’s TSOP is easy reflashable with Xecuter2 5035, a 512k BIOS that can only fit in the large TSOP of the 1.0 and 1.1 Xbox. 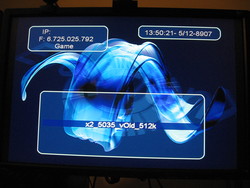 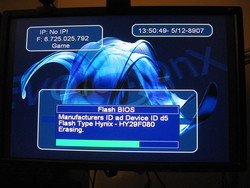 I used FTP to upload the EvoX BIOS flasher and Mechassault save exploit then uninstalled Ndure by FTPing a clean copy of Microsoft Dashboard 5960 over the contents of C:\. I bridged the write-enable lines of my Hynix TSOP with a single strand of some 18-gauge stranded speaker wire and ran the flasher using my copy of Mechassault.

I wanted to run the Microsoft Dashboard again for the stock experience. After reading aged tutorials about modifying MSDash to run homebrew programs, I stumbled upon user.interface.x, a modified MSDash from many years ago. As green and gaudy as they are, the Microsoft Dashboard and u.i.x are very complete and usable. The same cannot be said when straying into the territory of other custom dashboards. XBMC is the jewel of the Xbox homebrew community and makes a wonderful featureful Dashboard, but I don’t need its capabilities since moving to an HTPC for media playback.

Finally, I wanted some new custom soundtracks to enjoy in-game. Using FFMpeg and XBOX Soundtrack Editor, I converted some of my favourite albums to WMA and shuttled them over to the Xbox using FTP. 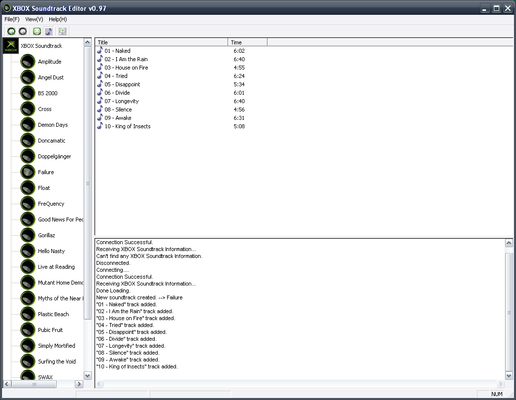 Software settled, I hooked up the console via component video and TOSlink using the High Definition A/V pack to enjoy some games. 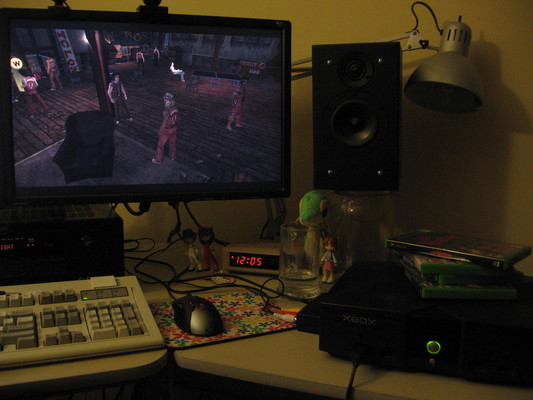