Beat Machine pt. 3 - To the Future

My IIDX machine is no longer missing one of the most important enhancements to the original configuration: card readers!

9th Style added “Entry Card” readers for the first time, using a magnetic stripe system that stored data on the player card. DistorteD introduced contactless slot-loading readers for the now-common red or grey eAMUSEMENT Pass, an ISO 15693 card whose UID is sent to the game server to retrieve the player profile. Lincle upgraded them once more to the current “Wavepass” implementation supporting the ISO 15693 pass, FeliCa-enabled phones, and the new generation of ISO 18092-based eAMUSEMENT passes starting with the promotional Coke✕BEMANI cards and the new white default card design. 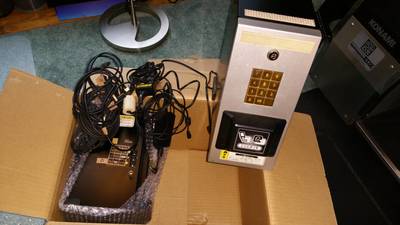 My machine originally shipped as a 1st style before they were even called “styles” and spent the majority of its life offline. Newer versions of the game software expect card readers and will show an error message at boot if they aren’t present, plus the machine looks weirdly bare without them. They are necessary for some in-game controls such as splitting difficulty in two-player with the 1 key, switching sort type with the 2 key, switching between SP/DP modes with the 3 key, and enabling some modifiers like H-Random. I contacted an arcade dealer who was in the process of parting out a machine and was able to buy both readers, the mounting brackets, the power supplies, and the cables to connect them to the BemaniPC. The PC connection is via a daisy chain to a serial port, and they speak Konami’s ACIO protocol. 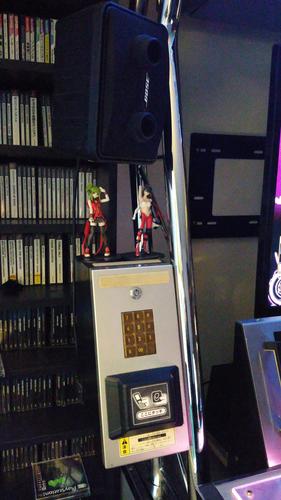 The installation took a little longer than necessary since I took off the metal trim and wood sides of the bass speaker cabinet to route and tie the power and ACIO wires cleanly instead of letting them spill all over the floor and get caught in the casters. The top mounting bracket hangs from one of the horizontal chrome rods, then the bottom mounting bracket attaches facing the other direction to lock the readers in place. I plugged the serial port into my PC, fired up the game, and everything worked perfectly on the first try!

The only downside was the smell. These units came directly from Japan bearing that signature game center cigarette stink. I grew up with a smoker parent and can’t stand the smell. The membrane cover over the PIN pad keys was stained yellow and was sticky to the point where I felt dirty using it, and I unfortunately didn’t have a way to remove them without a key to the Konami lock. 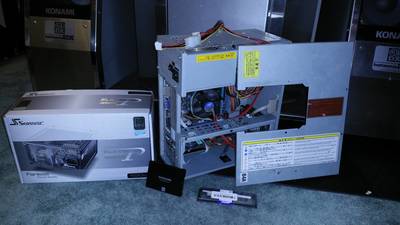 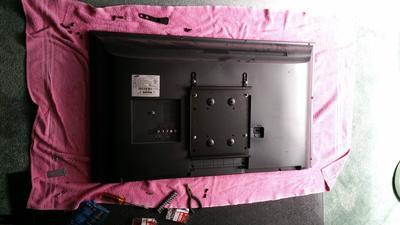 With the machine pulled away from the wall I took the opportunity to perform a few quality of life upgrades to the PC that runs the game. Mine is a “PWorld PC” built into the case of a formally-legitimate Lincle kit. There were stuttering issues during gameplay where the input would freeze momentarily then rubberband back to the correct position, usually causing you to miss everything in between in the process. Shaun suggested I look into power issues and I quickly found the culprit when I measured 3.7V on the 5V rail of the old power supply. I threw that garbage out and swapped it for one of those really nice fanless Seasonic 80 Plus Platinum supplies, swapped the noisy hard disk for a silent SSD, and doubled the RAM just for the heck of it to fill the empty second DIMM slot

My monitor is still wall mounted from when I had a table instead of a real machine, and I didn’t quite get the height correct on my first try. When I mounted it I measured the height assuming my floor was the top of the IIDX bass shaker stage. As a tall person who hates power stancing I just leave the bass stage detached, but that left the monitor several centimeters lower than optimal height for a real machine. The bottom of the monitor bezel was low enough to hit the back of the effector panel, but everything was at least visible. I used two alternate holes in my VESA mount and two brackets meant for adapting 100mm VESA mounts to displays with 200mm hole spacing to raise the monitor to the perfect height. It now sits nicely centered between the effector panel on the bottom and the speaker box on top. 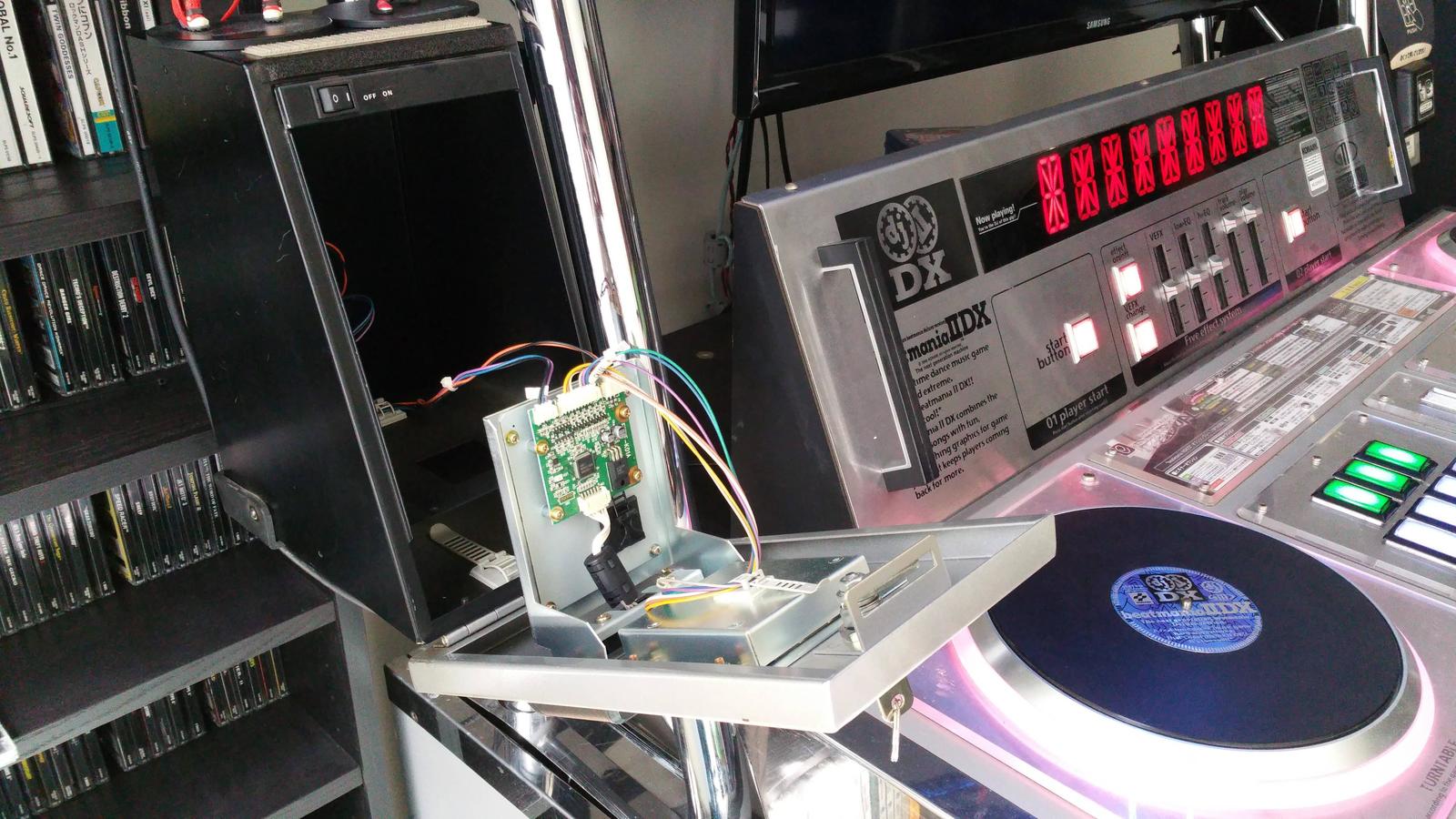 The next week a friend came through with a key for the standard Konami N5000 barrel lock and I was able to open up my readers for a good cleaning. No more stink. All done!