Our “Blue & White” Power Macintosh G3 got a desk to call home. And some upgrades. I guess I should call it the Blue & White G4. 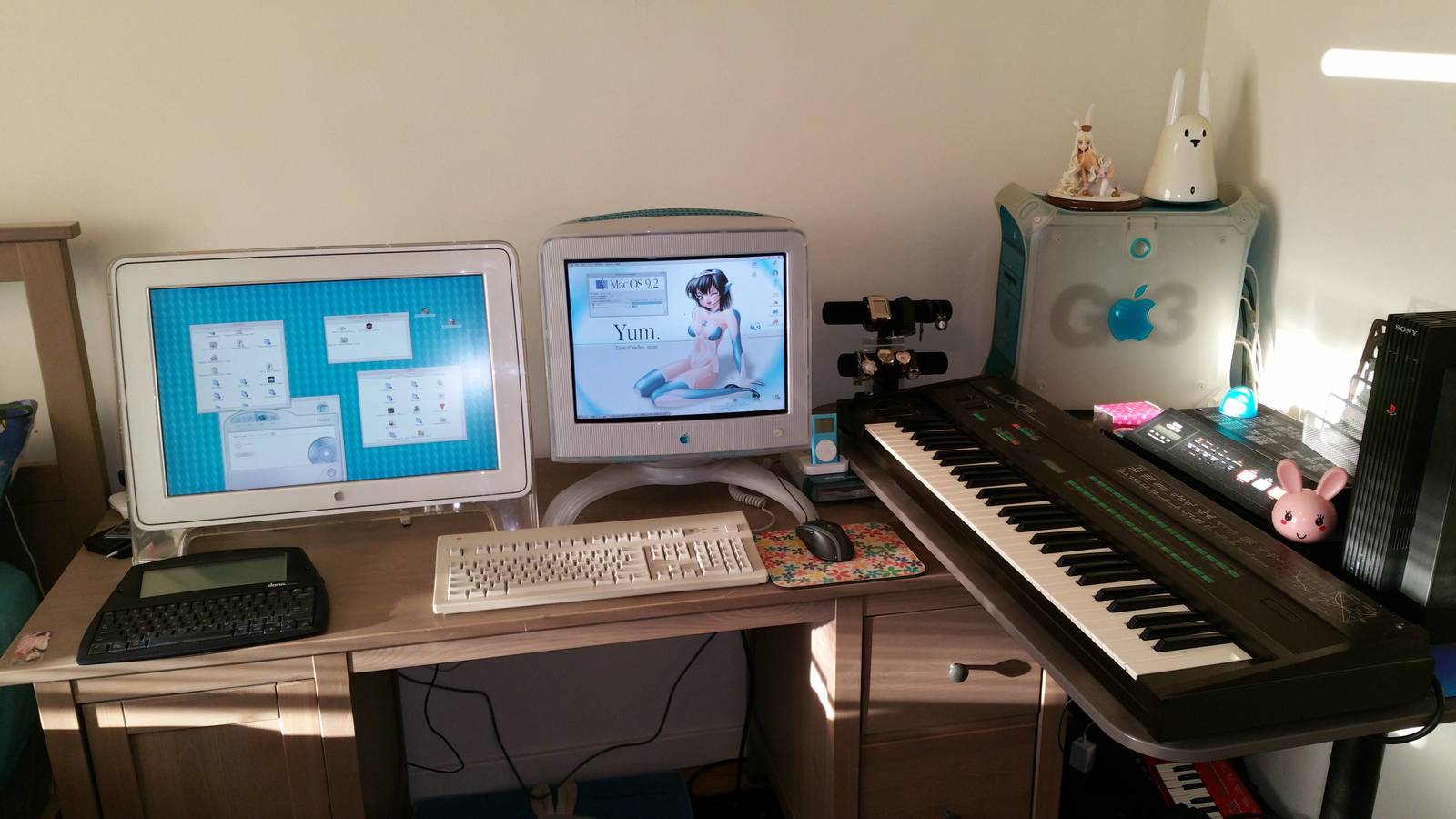 1999 through 2001 is my absolute favorite era of Apple and this machine exemplifies it more than any other. All the stuck-up professionals complained about the pretty blue case so all the later G4 hardware turned muted grey. The Blue & White actually has some personality!

This is kind of a sleeper system since it collected a few cheap upgrades I ran across while thrifting and online over the years: