To PSP Infinity and Beyond

Game Boy is a classic, but if you forced me to choose I’d have to say PSP is my favorite handheld of all time. The PSP has a stronger native game library than its contemporary the DS thanks to all its rhythm games, puzzle games, and racing games, it’s famously hackable, and it has a large homebrew community. The PSP 3000 has an especially nice D-Pad and face buttons. Some people complain about interlacing on its screen compared to the PSP 2000, but I never really noticed.

I was a late adopter of the system and bought one used in 2011 when the 6.35 Homebrew Enabler was released. My PSP 3000 (04g) is too new for a fully Custom IPL, but it is able to run Minimum Edition or PRO LCFW on the newest firmware with a fast recovery program after every cold boot. I downgraded it to firmware 6.20 to allow use of the PRO-B CFW permanent patch which uses an exploit to run the LCFW recovery automatically at boot. Firmware 6.20 is close enough to the final 6.6x firmware to spoof that version via version.txt without breaking any games. Some later PSP 3000s are too new to run 6.20, but my PSP 3000 04g system originally shipped with 5.x and could be safely downgraded. 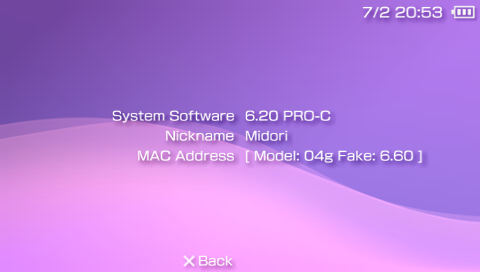 Davee released 6.61 Infinity earlier this year. It combines PSP firmwares 6.31 and 6.61 and uses an exploit for 6.31 to automatically load an LCFW at system boot while still providing the features of 6.61. Everything worked on my existing 6.20 permanent setup, but since 6.61 is most likely the final PSP firmware I figured I may as well update. Infinity isn’t a CFW, just a loader. Like the 6.20 permanent patch it lets you start a ME or PRO LCFW automatically at boot instead of running Fast Recovery, but it actually includes the features of 6.6x instead of just spoofing it. 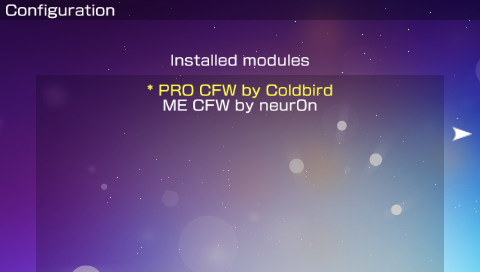 I nuked my old PRO-B setup with the Infinity flasher and went with PRO-C on the new installationout of familiarity, for PRO Online, and because Minimum Edition can’t combine identically-named game categories from separate paths. 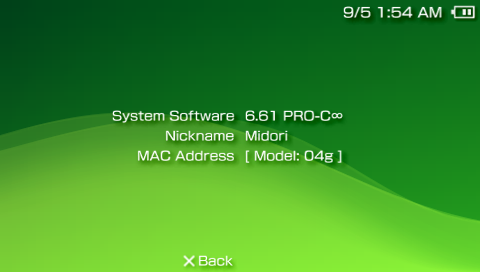 Along with the firmware upgrade I decided to upgrade my storage capacity. Memory Stick PRO Duo is physically large enough to fit Micro SD cards inside, so adapters became popular in the PSP scene. My 2011 setup was a dual Micro SD adapter loaded with two 16GB cards for a combined total of 32GB. It was more spacious than most official cards but still not large enough to hold every game in my collection. SD cards got cheap over the years, so for my new installation I went with dual 128GB cards for a combined 256GB. 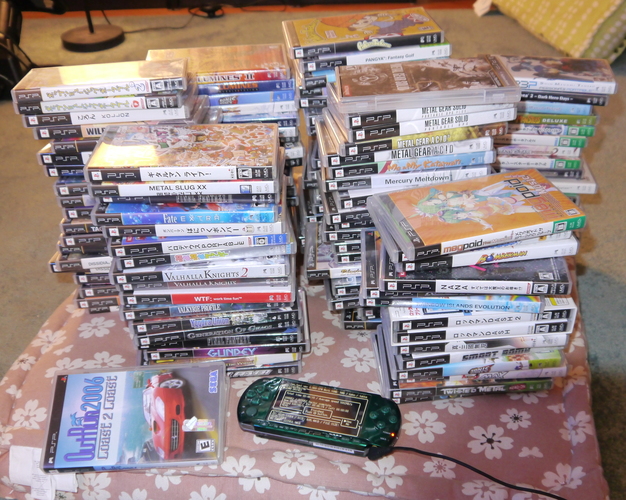 Takka’s iso_tool is fantastic homebrew for ripping UMDs to the PSP Memory Stick. The 256GB card is large enough to hold basically everything I will ever own. It might even be too big since it adds ~10 seconds of card-scanning lag every time the VSH home menu is started. I copied my previously-ripped games to the new card via my PC then sat the system near my computer and ripped everything else over the course of a few days. 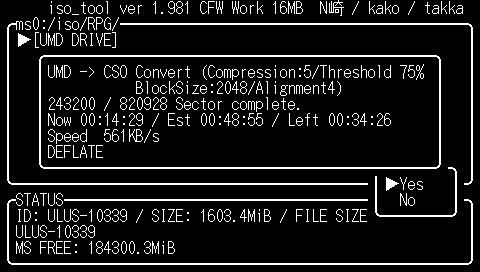 The expanded RAM on the PSP 2000 and 3000 make it possible to run plugins at the same time as the home menu or a game. I don’t overload on them like some people, but a few of them are just indispensable. Some of them needed to be updated for 6.6x support or just because it had been a few years and I was behind in versions: 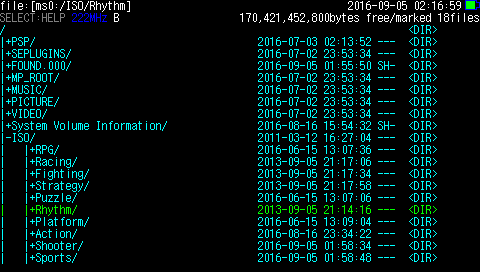 All done! It took a few days to rip the entire collection, but now I can carry around every game I own and hopefully will never have to touch the firmware again.