Playstation Vita is another system I adopted late in its lifetime. It’s not a bad system, not like the Wii U, but it’s still expensive and proprietary. The Gravity Rush kiosk demo grabbed my attention at launch five years ago back in Atlanta, but Sony have to be Sony and a memory card of any decent size costs more than a used Vita system so I waited a few years for one.

I finally picked up a Vita 1000 3G system for a good price at a pawn shop in late 2015 since I was interested in SUPERBEAT: XONiC and a few other titles. At the time the most interesting firmware was 3.18, and I got lucky and found a system running 3.15. Firmware 3.18 had native homebrew via Rejuvenate (the Playstation Mobile exploit) and plenty of ePSP hacks available via an exploitable trigger game. The PS3 can transfer legitimately-purchased PSN games to a Vita without updating, and I used that to get the exploitable Tekken 2 copied over. 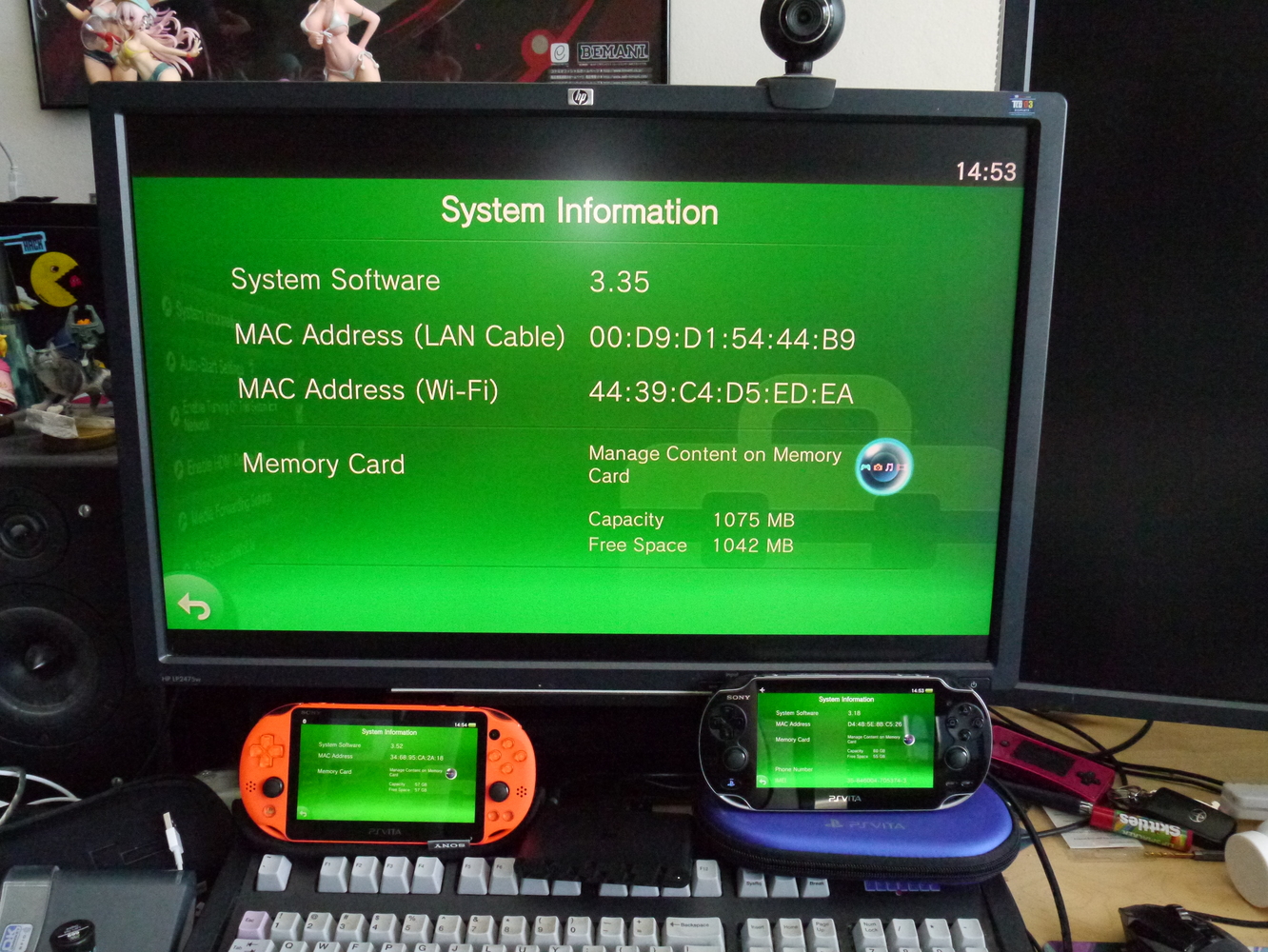 The temptation to update was strong since Whoops! 3.18 was too low to run the game that sold me the system. I sat on it for a while until the announcement of Henkaku homebrew enabler for firmware 3.60. As I’ve gotten older and more boring my tendency has shifted to wait for hack scenes to stabilize instead of diving into the chaotic early days, but that was the green light to install SUPERBEAT’s on-cart update and enjoy it offline for a while. Erica wanted a Vita of her own so I also imported a Neon Orange PCH-2000 for myself while they were still available with hackable firmware. It’s sad to lose the AMOLED, but wow the orange is pretty. The PlayStation Vita TV was a big enough failure to go on sale for $20, so I grabbed one of those too and stashed it away until hacked.

It was effortless to update the 1000 and Vita TV to 3.60 using the HENkaku Update Server. You just need to use 212.47.229.76 as a DNS server in connection settings. It will redirect Sony’s update domain to update.henkaku.xyz and offer “Firmware 3.60 (変革 Compatible)”. 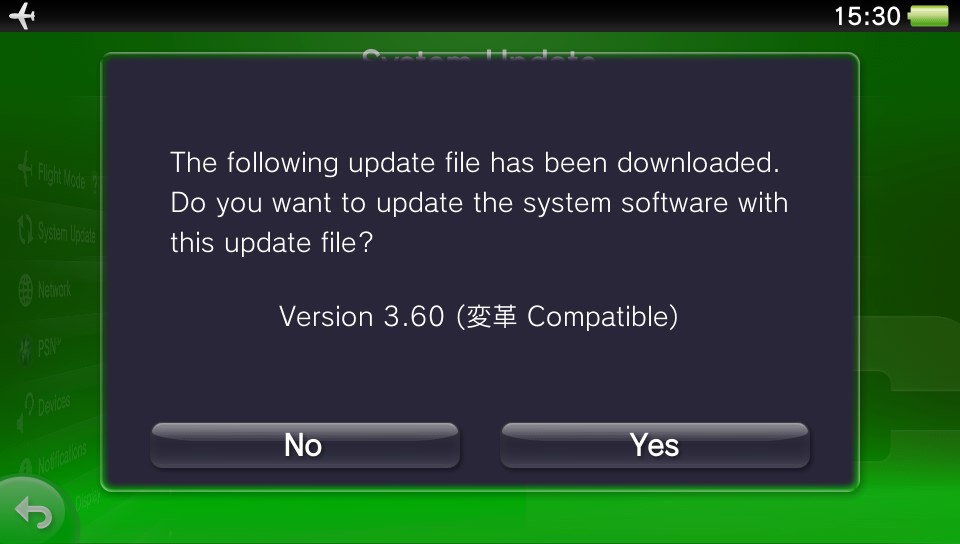 My Japanese 2000, however, just kept failing with “The server is currently down for maintenance (C0-14351-4)”. The DNS server redirects fjp01.psp2.update.playstation.net, and the psp2-updatelist.xml lists all regions including jp, so there was no obvious reason why it didn’t work.

I gave up and just did it manually by installing QCMA, dropping a 3.60 PSP2UPDAT.PUP and minimal psp2-updatelist.xml into QCMA’s Updates directory, and using “Update by Connecting to a PC” on the Vita.

Once on 3.60 all that’s left is visiting the HENkaku website and hitting Install. It uses a Webkit exploit to start the installer. 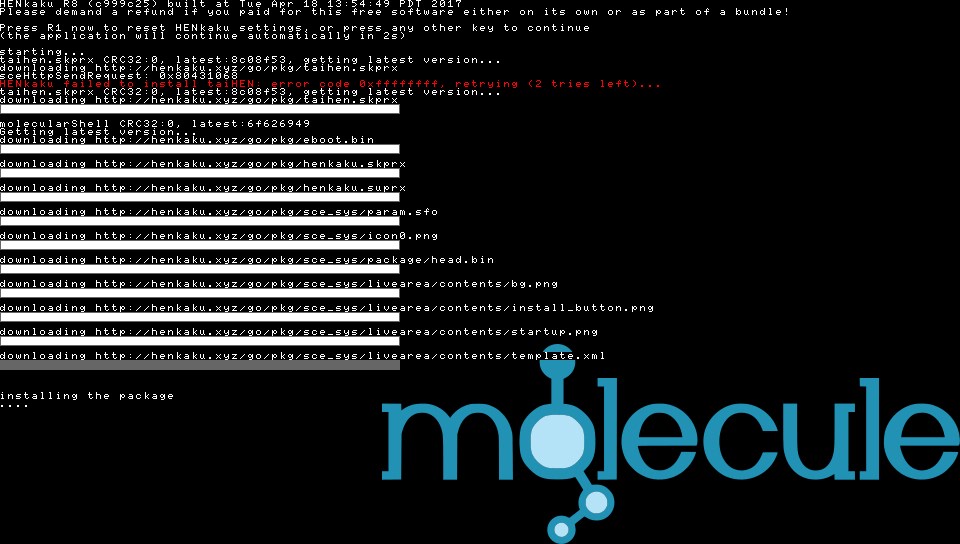 Once it’s installed you end up back at the LiveArea with patches applied and with a new application bubble for molecularShell. The shell lets you browse the filesystem, enable or disable the unsafe mode that exposes all partitions on the flash, configure firmware version spoofing, and install packages. 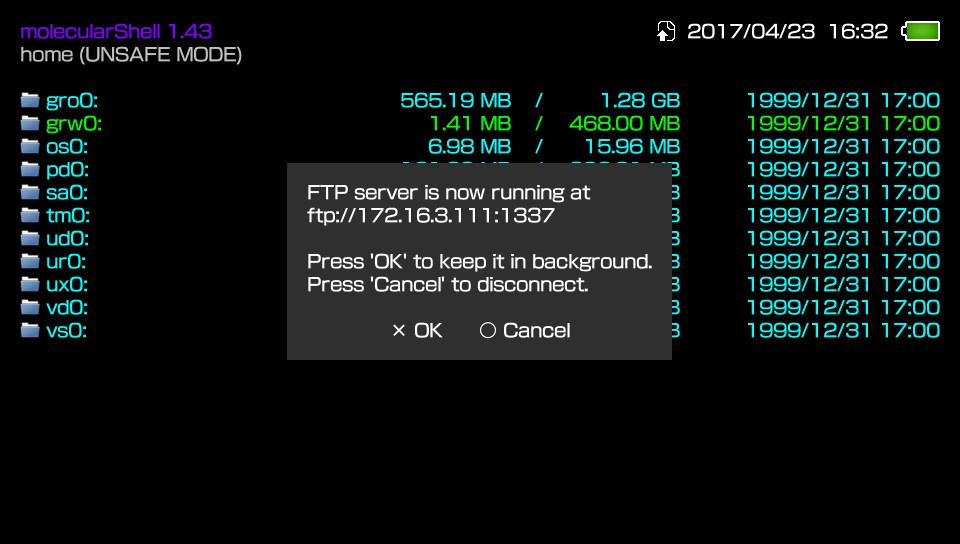 Once molecularShell is running you can hit Select to start the FTP server, transfer packages of homebrew software from a computer, then select them and install them. I only needed to transfer a few: 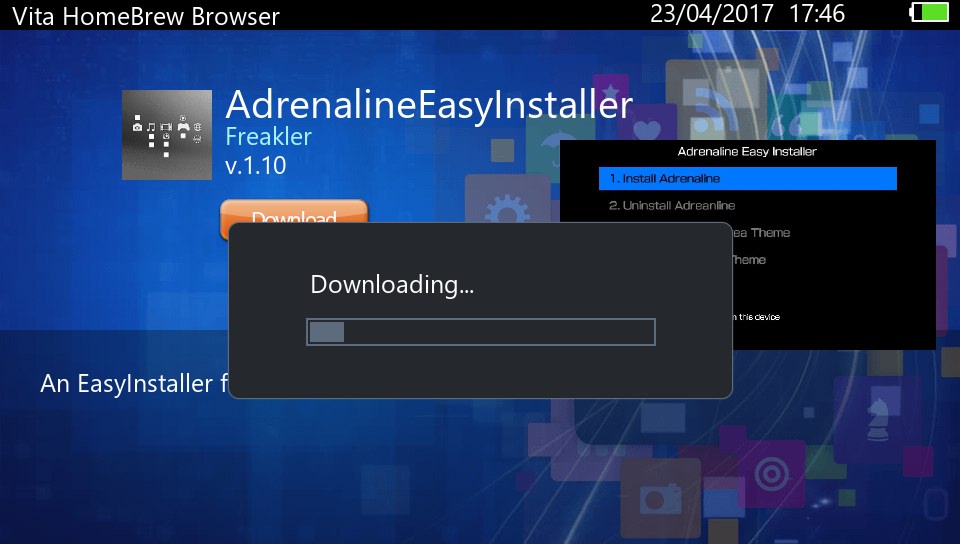 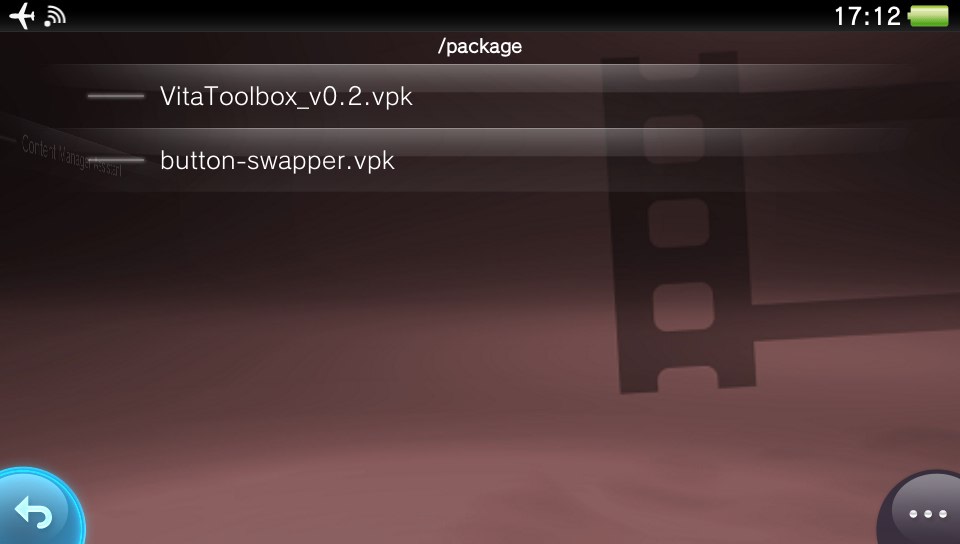 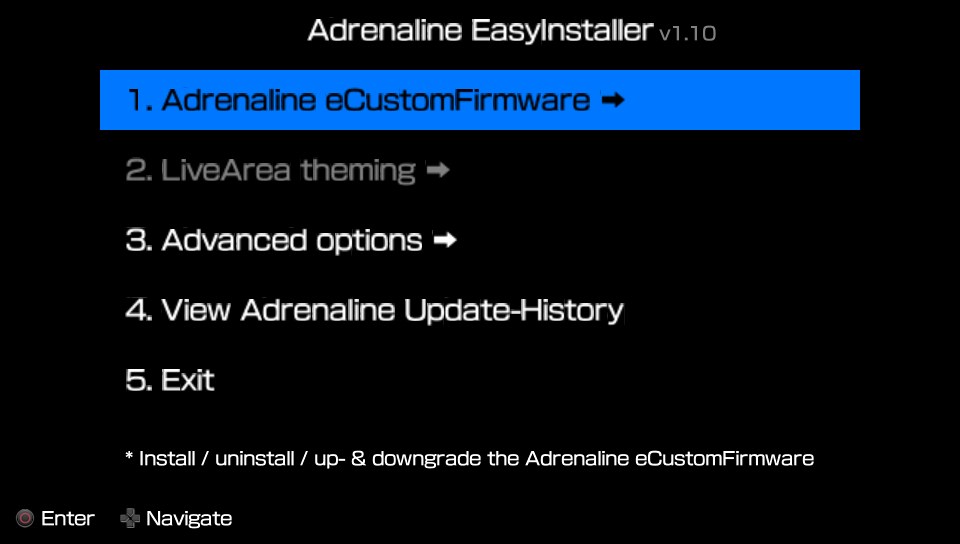 It's CFW all the way down 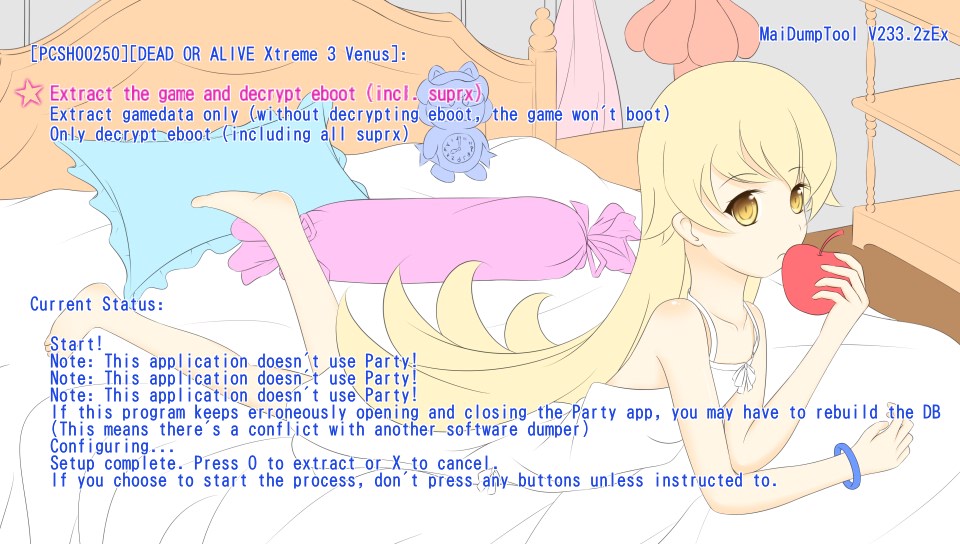 I know it’s playing with fire, but I did end up spoofing the newest firmware 3.65 and signing into PSN for online play, messages, and trophy syncing. Hopefully I don’t end up banned. 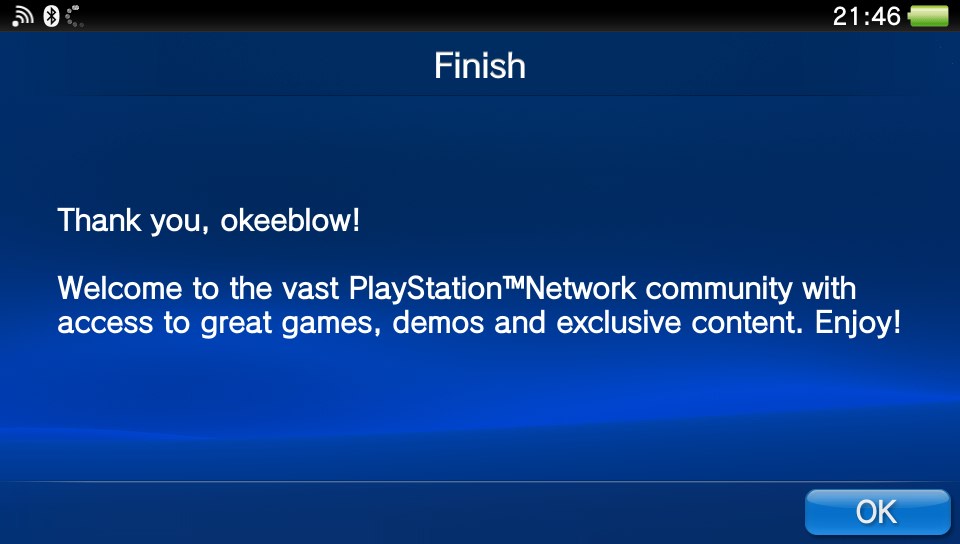 All done! I ripped all of the games I play most often and now have the ability to do so much more with my Vita. It’s a shame how unloved this system is. 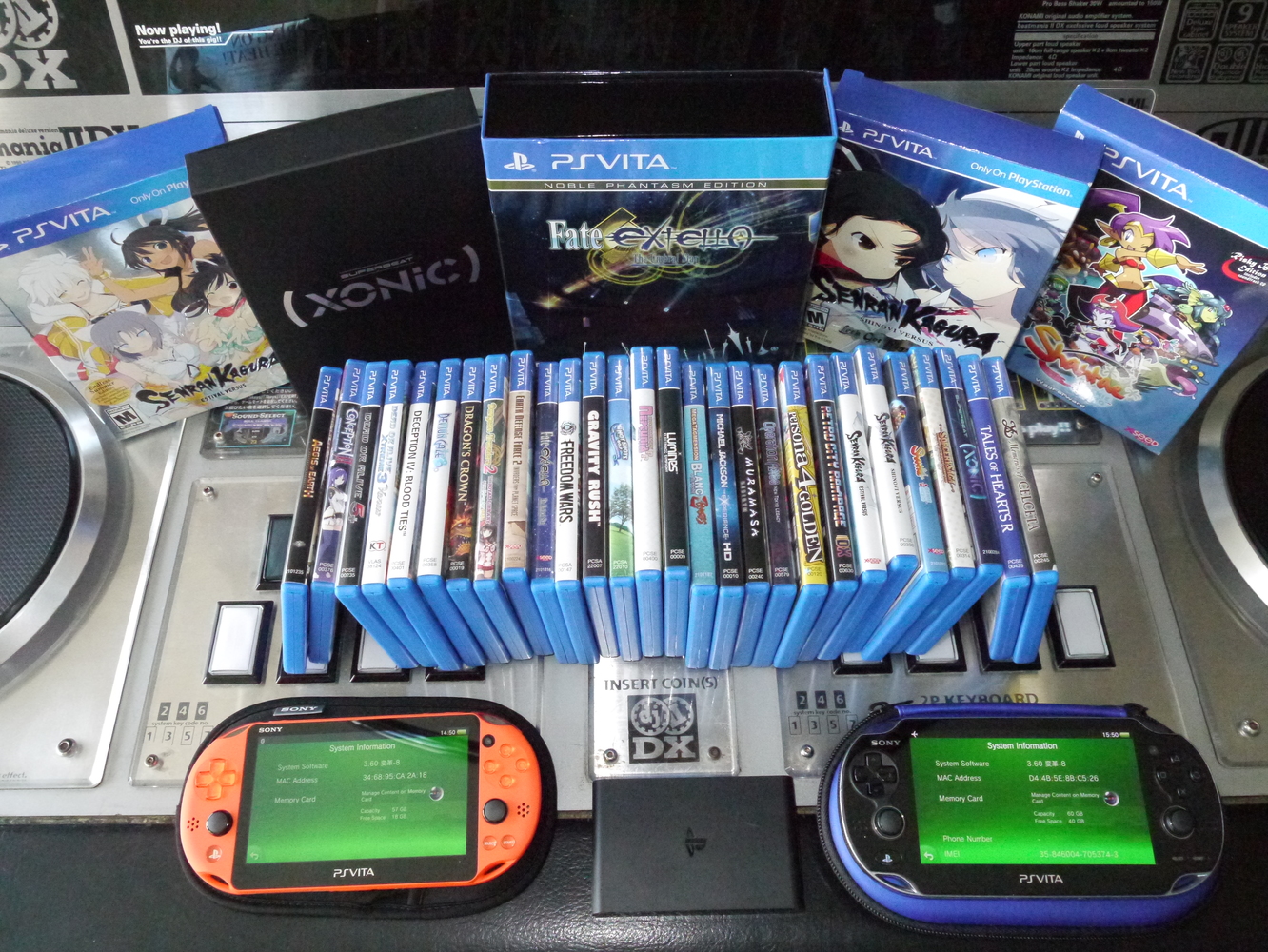 Who says Vita has no games?